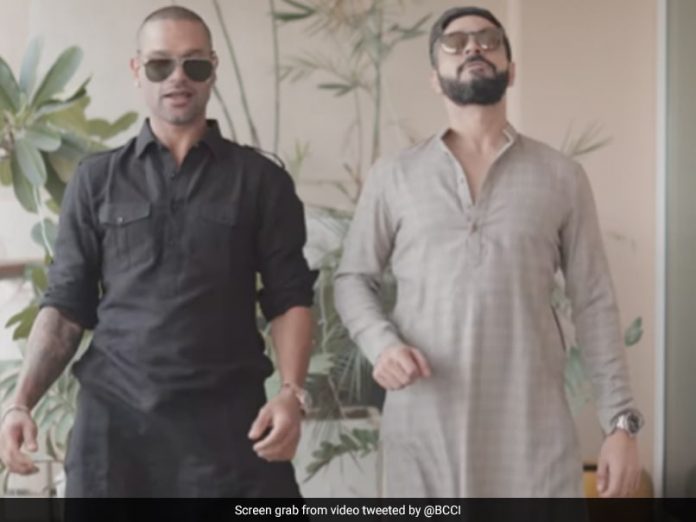 In the video, Shikhar Dhawan can be seen performing the viral ‘Smokey Light’ trend.© Instagram

Team India defeated arch-rivals Pakistan in a high-octane T20 World Cup Super 12 clash at the Melbourne Cricket Ground on Sunday. Chasing a target of 160, Virat Kohli hit an unbeaten 82, which steered India to an incredible last-ball win in front of packed MCG. After India’s thrilling win, veteran batter Shikhar Dhawan, who is currently not part of the T20 World Cup squad, celebrated the victory in a unique way. In the video, Dhawan can be seen performing the viral ‘Smokey Light’ trend in black kurta pajama and sunglasses, along with his friend.

The video has gone viral since then, garnering over 640,000 likes.

Kohli’s came knock came after India were reeling at 31/4 following a top-order collapse.

He was involved in a 113-run partnership with Hardik Pandya, who was eventually dismissed on 40, but Kohli kept going and took his team to a win.

India captain Rohit Sharma rated Kohli’s match-winning exploits against Pakistan as not just his best-ever innings but one of the greatest in Indian cricket history.

“Definitely his best for sure, but I think from the situation we were in, and to come out with a victory, I think it has to be one of India’s best knocks,” said Sharma of Kohli’s 53-ball effort.

“Because until the 13th over we were so behind the game, and the required rate was just climbing up and up.

“But to come out and chase that score was an extremely brilliant effort from Virat, and then obviously Hardik (Pandya) played a role there as well.”