Home International What weapons can America give to Ukraine to thwart Putin's intentions, know
International

What weapons can America give to Ukraine to thwart Putin’s intentions, know 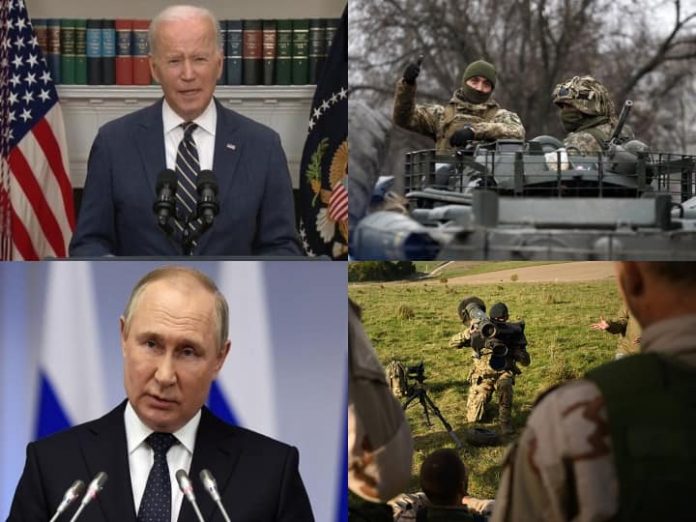 Ukraine Wants Advanced Weapons: The war between Russia and Ukraine has been going on for more than seven months. Meanwhile, Ukraine is facing a shortage of modern weapons for the war with Russian troops. Ukraine has been continuously demanding from the West to supply modern weapons. Ukraine’s leaders are pressuring the US and other Western allies for air defense systems and long-range weapons to keep pace with the counter-offensive against Russia.

Amidst the war in Ukraine, US Defense Secretary Lloyd Austin said on Wednesday (October 12) that we are committed to sending weapons to Ukraine and we will deliver there as soon as possible.

US Defense Secretary Lloyd Austin said that at a meeting of defense leaders in Brussels, work is going on to send a large consignment ranging from tanks and armored vehicles to air defense and artillery. However, he also said that the US cannot yet give Ukraine many high-profile and advanced weapons because of political sensitivity or limited reserves.

Air Defense Weapons and Training of the Ukrainian Army

Austin and US Army General Mark met in a meeting with about 50 defense leaders this week. During this, plans to send more air defense weapons to Ukraine and increase training for Ukrainian soldiers were discussed. Austin said that we know that Ukraine still needs long-range weapons, air defense systems and artillery systems with many more critical capabilities. The US has already delivered 20 Advanced High Mobility Artillery Rocket Systems (HIMARS). Along with this, 18 more such rocket systems have been promised.

Which weapon will America give to Ukraine now?

The US has said it will deliver the first two National Advanced Surface-to-Air Missile Systems (NASAMS) to Ukraine in the coming weeks, for which the Zelensky government (Volodymyr Zelensky) pressed earlier this year. was. The system will provide medium to long range protection against Russian missile attacks. In total, the US has given Ukraine $16.8 billion in arms and other aid since the war began on February 24.

The spark of rebellion broke out in China! Banner against Xi Jinping put up for the first time in Beijing, the government ordered to remove it immediately

US Capitol Riot: Former President Trump will have to appear before the investigation committee in the case of riots in the US Parliament