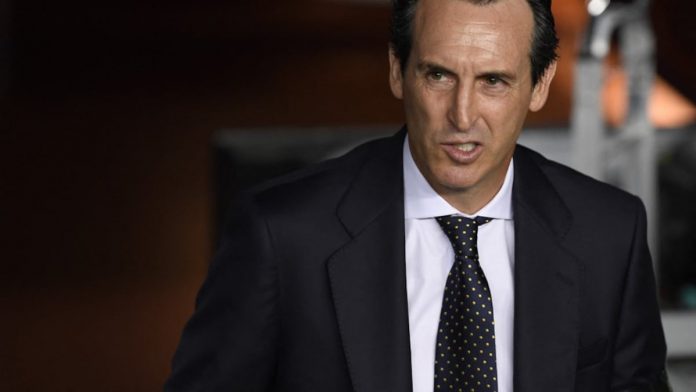 Former Arsenal coach Unai Emery will return to the Premier League in November as the new head coach of Aston Villa, the English club announced on Monday. Emery, who leaves his post at Spanish club Villarreal, takes over from Steven Gerrard who was sacked last week after Villa slumped to a 3-0 defeat to Fulham. In a statement, the Midlands club said: “Aston Villa is delighted to announce the appointment of Unai Emery as the club’s new head coach.” Villa described Emery as a “highly experienced top level coach who has managed over 900 games”.

The 50-year-old led Villarreal to Europa League success in 2021, beating Manchester United in the final, before guiding them to the semi-finals of last season’s Champions League last season where they lost to Liverpool.

Prior to that he also took Sevilla to three successive Europa League titles between 2013 and 2016, going on to lift Ligue 1 in France with Paris Saint-Germain.

During his spell at Arsenal he lead the Gunners to the 2019 Europa League final where they were humbled 4-1 by Chelsea.

Villa said Emery, who was due to be out of contract with Villarreal at the end of this season, will take over from November 1 after work permit formalities are completed.

It will be Emery’s second Premier League stint after managing Arsenal for 18 months before he was dismissed following a seven-match losing run.

Former Liverpool and England midfielder Gerrard paid the price for Villa’s wretched start to the season, which sees the club languishing just one place above the Premier League relegation zone.

Villa have won only two of their 11 league matches this term and their tame surrender at Craven Cottage proved the final straw for the club’s hierarchy as they axed Gerrard after just 11 months in charge.

Villarreal said Emery would hold a farewell press conference at the club’s training ground on Tuesday.

“Head coach Unai Emery has informed Villareal CF of his unilateral decision to terminate his contract with the club,” the Spanish outfit said in a statement.

“Emery has gone down in Villarreal CF history for becoming the first coach to win a title with the club, the UEFA Europa League, as well as the historic achievement of reaching the Champions League semi-finals last year.

“Villarreal CF would like to thank Unai Emery for the work he has done and wishes him the best of luck in his career.”

Share
Facebook
Twitter
Pinterest
WhatsApp
Telegram
Previous articleRishi Sunak will be given the PM’s crown after meeting King Charles III today
Next article10 interesting things about UK PM Rishi Sunak, who has an idol of Lord Ganesha on the desk and worships the cow