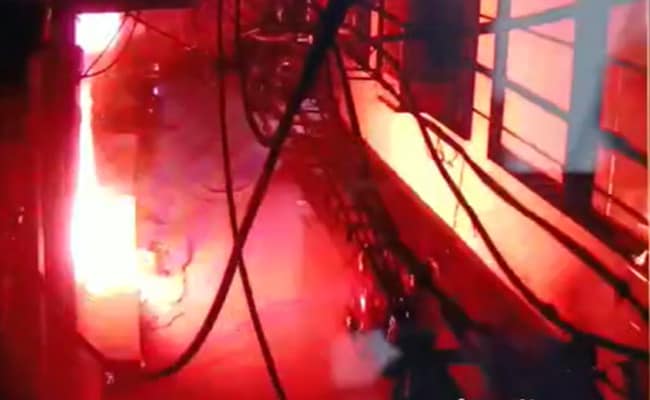 The incident is of Vinay Park of Bhajanpura.

A family in northeast Delhi had a narrow escape when three masked men torched their house while they were asleep last week, police said.

The incident took place on January 8 at Vinay Park in Bhajanpura.

Nafees Malik and his family members were sleeping in their house when three unidentified men set their house on fire.

They somehow managed to get out of their house, averting a major tragedy, officials said.

In a video of the incident, which is going viral on social media, people can be seen walking with containers to Nafees’ house in a narrow lane in a residential area.

One man throws some flammable liquid all over the house, while another man is seen lighting a match and throwing it at Mr. Malik’s house to start the fire.

After the third attempt, a huge fire broke out in the house, it is seen in the video,

A bicycle and a motorcycle parked outside the house were gutted in the blaze, officials said.

Three people are missing and a search is on for them, he said, adding that the investigation is on.

The police are also scanning the CCTV cameras installed in the area to identify the accused.

Share
Facebook
Twitter
Pinterest
WhatsApp
Telegram
Previous article“If Team Requires Me To Bat At Certain Strike Rate…”: KL Rahul Opens Up | cricket news
Next articleNupur Sharma got it but it is not easy to get a gun license, one has to go through a very tough process.