US China Relations: Not only British, American fighter pilots are also training Chinese army, one arrested in Australia 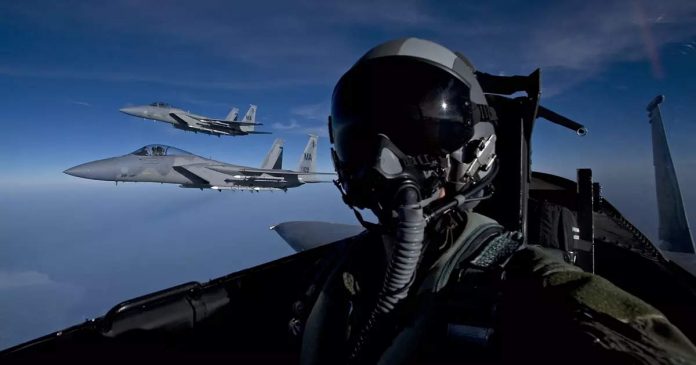 Sydney: A former US fighter pilot working for China has been arrested from Australia. This American pilot used to train Chinese Air Force pilots as flight instructors. Australia has told that this former pilot has been arrested at the request of the US. Preparations are being made to extradite him to the US after being produced in an Australian court. The name of the arrested former American pilot is being told as Daniel Edmund Duggan. The pilot was arrested on Friday in the rural town of Orange, New South Wales. Police and the arrested pilot’s lawyer said Daniel Edmund was produced in court shortly after his arrest.

Arrested pilot to be extradited to US
According to a Reuters report, American pilot Daniel Edmund’s lawyer appeared in court via video conferencing. After arguments the judge refused bail to Daniel Edmund and sent him to nearby Bathurst Prison. The arrested pilot is a US citizen and his arrest was made at the request of the US. Australian police are completing formal extradition proceedings. The next hearing to consider his bail application will be in a Sydney court in November. After the arrest, the Australian police handed over the charges against the American former pilot and the application for arrest in a sealed cover to the court.

FBI had requested to arrest the pilot
A spokesman for the Federal Attorney-General’s Department said a man was arrested on October 21, 2022, in accordance with a request from the US for his provisional arrest. Since the matter is before the courts, it would not be appropriate to comment further. The arrests came a week after Britain uncovered dozens of former military pilots working in China. Britain had said that if these people do not stop working for China, then legal action will be taken based on the new national security law. Australia is also investigating reports that some former fighter pilots were approached to work in China.

Was accused of working for the Chinese army
The US investigative agency, the FBI, had been looking for Daniel Edmund Duggan for a long time because of his work for the Chinese military. When the location of this former pilot was traced to Australia, a request for arrest was made immediately. The pilot, who worked for the US military for a decade, moved to Australia after retirement and started a business called Top Gun Tasmania. In this, former American and British fighter pilots were offered to fly ships for the pleasure of tourists. Daniel Edmund Duggan has also flown military aircraft at record shows and at the Australian Air Show.