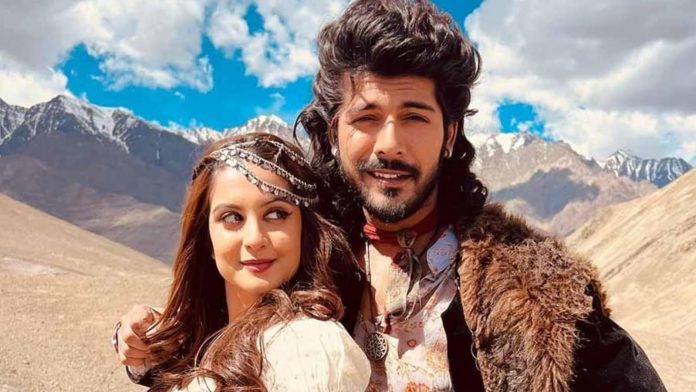 Sheezan Khan’s sister criticized the media for ‘constantly slandering’ her in connection with the death of her brother’s ex-girlfriend, TV actor Tunisha Sharma. Shafaq Naaz and Falak Naaz, who are also actors, on Saturday issued a statement on Instagram and questioned media reports for ‘dragging religion into this matter’. He also said that the way his brother is being treated shows how some human beings can defame others and how ‘hatred for religion’ is influencing public opinion. Read also: There was a heated argument between Tunisha Sharma and Sheezan Khan before the death.

Urging everyone to use their ‘common sense’, Shafaq and Falak wrote in their joint statement, ‘It breaks our hearts how our silence has been mistaken for weakness. Perhaps this is what they call ‘Ghor Kalyug’. Where did the research of some media portals go before reporting things? Where is the common sense of the public? To all the people who insulted Sheejan – ask yourself this – are you talking based on the situation, or are you talking out of hatred for a religion? Or are you talking out of influence from past events? Stay awake, people!”

Speaking further about the media’s coverage of the Tunisha Sharma death case based on ‘unreliable sources’, the statement said, “The journalistic standards of a certain section of the media have stooped so low that it can work only on the basis of TRPs.” does. And you are their consumer. It is also your responsibility to report news with untrustworthy sources. Don’t be fooled… We also notice, and are very grateful to the public as well as media portals who Able to see through the narratives – we need more people like you. But overall, it’s very disturbing to see these people constantly malign Shejaan like this. From making up stories to bringing religion into the matter Until dragged down and random people claim to be our acquaintance for their 15 minutes of fame. This situation really exposed how some humans can defame someone. God bless Tunisha, and hope she is safe now is in a better place,” the statement concluded.

Sheezan Khan has two sisters, Falak Naaz and Shafaq Naaz, and a younger brother, Ahaan. Shafaq was seen in the mythological show Mahabharat while Falak has worked in serials like Sasural Simar Ka.

Tunisha was found dead on the sets of her TV show Ali Baba Dastan-e-Kabul on 24 December. On 25 December, her co-star and ex-boyfriend, Sheezan, was arrested on charges of abetment to suicide. It is said that both of them had a breakup a few weeks before Tunisha’s death.

Meanwhile, Tunisha’s maternal uncle Pawan Sharma also shared that the lawyer of accused Sheejan has moved four applications including a request to stop the media trial against her. Pawan said, “The court has sent Sheezan Khan to judicial custody for 14 days and she has also submitted four applications here. In the application she has requested police protection, stopping the media trial and not cutting her hair.” ANI.