Home International The conspiracy to kill the journalist killed in Kenya was hatched in...
International

The conspiracy to kill the journalist killed in Kenya was hatched in Pakistan, PTI leader claims – criminals are present in the country 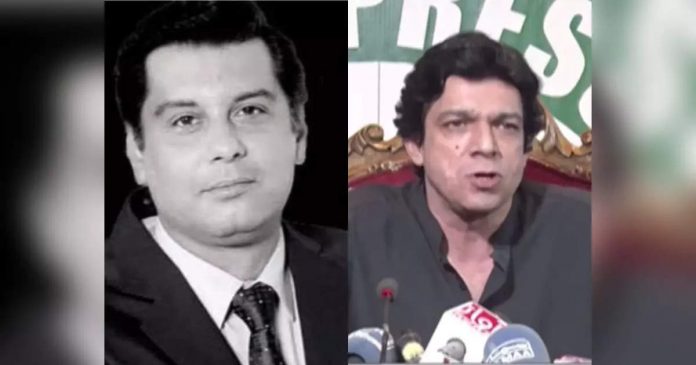 Islamabad : Former Pakistan Prime Minister Imran Khan’s party Pakistan Tehreek-e-Insaf’s leader Faisal Wadwa made some very startling claims on Wednesday. He said the killing of Pakistani journalist Arshad Sharif was “pre-planned” and it was “conspired in Pakistan”. Vadva also said that the evidence of the crime has been erased. On Sunday, Pakistani journalist Arshad was killed by police in Kenya. The police had informed about this and expressed ‘sorry over the tragic incident’ and said that investigation is on.

Initially, Kenyan media quoted local police as saying that Sharif was shot by police over a “misidentification” report, Pakistani newspaper Dawn reported. Speaking at a press conference held at Islamabad Press Club, he vowed to expose the truth behind the murder of Wadwa Sharif. “It is a planned murder,” he alleged. Wadwa claimed that he was in constant touch after Sharif left Pakistan.

Imran Khan News: Announcement of Imran Khan’s independence march, PTI’s attack from Lahore to Islamabad on October 28
‘Arshad was forced to leave the country’
Faisal Wadwa said, ‘It is being said that Arshad got 20 bullets but it did not happen. According to me, he was shot from inside or near the car. He was hit by two bullets, in the head and chest. The PTI leader said he would not take the names of those involved in the crime. He claimed that the conspiracy against Arshad started with the FIRs that were registered against him. He did not want to leave the country but the conspirators intimidated him and forced him to leave the country.

‘Conspirators are present in Pakistan’
Wadwa said that Arshad was a journalist who stuck to his principles which no one could buy. He said in the coming days I will ‘remove all the curtains’. He said the “players of this conspiracy” are in Pakistan and are “internationally connected”. Vadva warned that he would take the names of the criminals in the coming days. Terming Imran Khan’s march to Islamabad on October 28 as “bloody”, the PTI leader said it would result in “the death of innocent people”.

Faisal Wadwa suspended from party
PTI leader Ali Zaidi has said that Faisal Wadwa has been sent by the ‘imported government’ to damage the party’s long march. According to the news, PTI has suspended the membership of Faisal Wadwa. On October 28, Pakistan Tehreek-e-Insaf supporters will march from Liberty Chowk in Lahore to Islamabad. In Lahore, Imran Khan said that the march would begin at 11 am from Liberty Chowk and he himself would lead it. The government has threatened to deploy the army if the march is taken out.