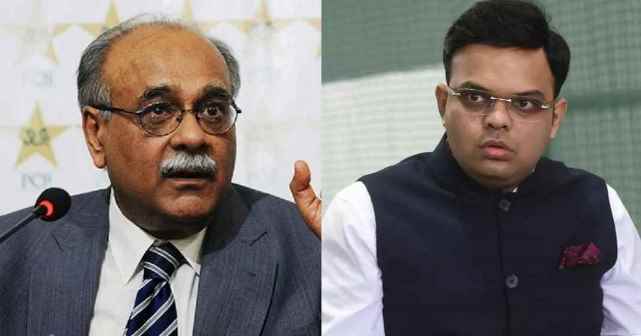 The Asian Cricket Council (ACC), while defending its president Jay Shah regarding the cricket calendar for the next two years, termed the allegations of Pakistan Cricket Board (PCB) chairman Najam Sethi as baseless. Indian Cricket Board Secretary and ACC President Shah shared the two-year program calendar (ACC) on Twitter on Thursday. After this, Sethi had alleged that no information was given to the PCB before sharing the ACC’s schedule.

Reacting strongly to this, Najam Sethi tweeted that thanks to Jay Shah for unilaterally releasing the new structure of ACC and the calendar 2023-24, especially for the Asia Cup 2023 which Pakistan is hosting. When you are deciding everything by yourself, you can also go through our PSL 2023 structure and calendar. Its reply is awaited.

The Asian Cricket Council said in its statement released on Friday that along with the PCB, other member countries were informed about the schedule on December 22 (2022) itself but there was no response from their (PCB) side. As per the schedule announced by Shah, the Asia Cup is to be played in ODI format in September 2023 but it does not mention the host country. As BCCI secretary, Shah has already said (October 2022) that India will not tour Pakistan for this tournament.

Responding to Sethi’s allegations, the Asian Cricket Council on Friday said, “It has come to our notice that PCB Chairman Najam Sethi has commented on ACC President (Shah) taking a unilateral decision on finalizing and announcing the calendar.” ACC wishes to clarify that it has followed established due process in this matter. The ACC also shared this statement with the media with a ‘timeline’ which implies that the PCB chairman was lying.