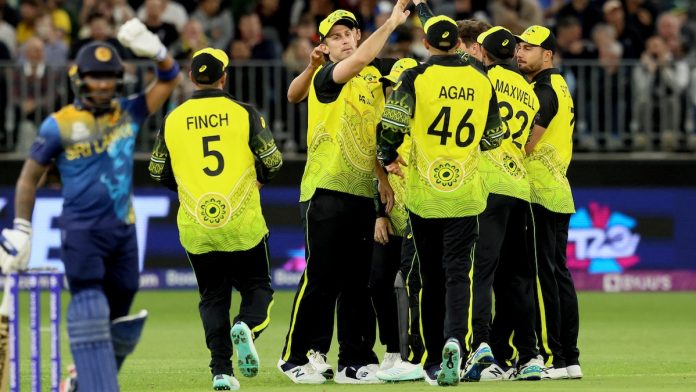 Australia registered their first win of the T20 World Cup 2022 after they defeated Sri Lanka in a Group 1 clash by seven wickets on Tuesday. Earlier, Australia was defeated by New Zealand in the opening clash of the Super 12 stage. It was followed by England defeating Afghanistan by five wickets. Sri Lanka also defeated Ireland by nine wickets to have a winning start to their campaign. Ahead of the next set of games, here’s how the Group 1 points table looks like.

The next round of games in Group 1 will all take place on Wednesday, October 26. England will go up against Ireland, at the Melbourne Cricket Ground. Ireland will look to open their win tally in the tournament.

Meanwhile, table-toppers New Zealand will be facing Afghanistan, after England and Ireland’s match, at the same venue on Wednesday.

Share
Facebook
Twitter
Pinterest
WhatsApp
Telegram
Previous articleCristiano Ronaldo Back In Manchester United Training | Football News
Next articleSunak is a devotee of Krishna, took part in the chariot journeys, used to go with grandfather to this temple of Southampton