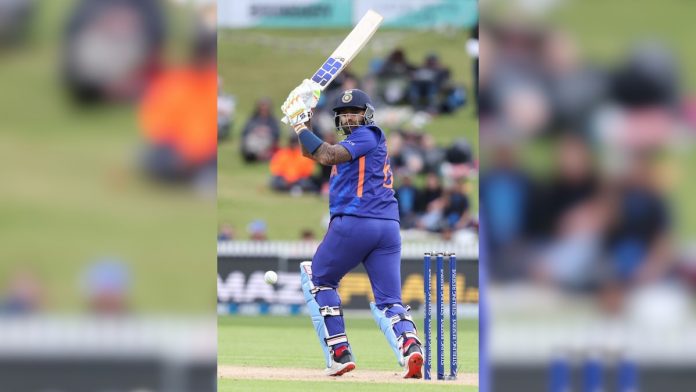 Star Indian batsman Suryakumar Yadav will be available to play for Mumbai in the upcoming Ranji Trophy 2022-23 from December 20 onwards, reported ESPNCricinfo on Monday. The in-form T20I batsman, who has been rested for the ongoing ODI series against Bangladesh, will be available for the second-round game against Hyderabad. Indian Test veteran Ajinkya Rahane will be leading the side in the upcoming edition of Ranji. Suryakumar has been in fantastic form this year in T20Is. In 31 T20I matches this year, he has scored 1,164 runs at an average of 46.56, with two centuries and nine fifties and a best score of 117. He is the highest T20I run-scorer this year.

But the batsman has not been able to replicate his T20I success in ODIs. He has scored only 260 runs in 13 ODIs this year at an average of 26.00 and just one half-century under his belt.

Notably, Suryakumar has a fantastic first-class cricket record. In 77 matches and 129 innings, he has scored 5,326 runs at an average of 44.01. He has scored 14 centuries and 26 half-centuries, with a best individual score of 200.

Prithvi Shaw, Sarfaraz Khan, Yashasvi Jaiswal and Tushar Deshpande are some other names in the squad of 17 for their side’s opener against Andhra Pradesh. Musheer Khan, Sarfaraz’s brother, who was selected for knockouts last season, has also been picked.

Bowler Dhawal Kulkarni and all-rounder Shivam Dube have not recovered from the injuries that they sustained during the Vijay Hazare Trophy, hence they have not been selected. Deshpande will be the leader of the pace attack, with Mohit Awasthi and left-armer Royston Dias giving him company.

The match between Haryana and Himachal Pradesh will kickstart the 2022-23 season of the prestigious tournament from December 13 onwards.