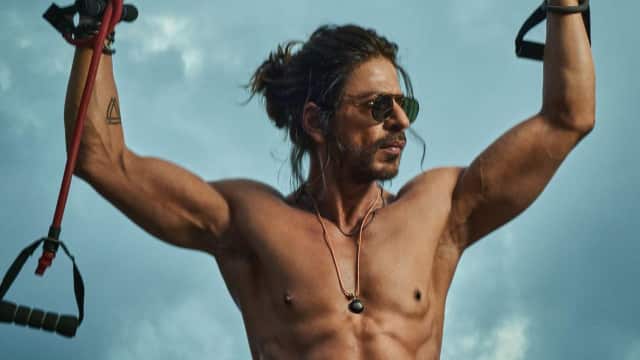 read on the app

Controversy continues over Shah Rukh Khan’s upcoming film Pathan. As soon as the film’s first song ‘Besharam Rang’ was released, BJP leaders and Hindu organizations started protesting about Deepika’s ‘saffron’ bikini. Not only this, the people protesting also tried to stop the shooting of Shahrukh Khan’s second film ‘Danki’. Boycott trend is going on continuously on social media. Meanwhile, a clip of an old interview of Shahrukh is going viral in which he was seen speaking on the Boycott trend.

Shahrukh’s old video went viral
Shahrukh’s fans are sharing this video fast. The actor had given an interview to Komal Nahata. He said that the boycott trend is not going to affect him. Only the leaves shake in the wind of boycott. Shah Rukh says that very few people have got so much love in this country as much as he has got. He will always be thankful for it.

Watch Viral Video Below
Shah Rukh Khan was asked, ‘Do you think you people were harmed by the social boycott?’ In response, he said, ‘I am not speaking in a big way, but I am not going to be shaken a little by the wind, my friend, the bushes are shaken by the wind. Those people will be very happy that maybe… If they are happy then it is okay. They are happy because of us. As much love as I am given in this country, I can say this with the sting of sting that very few people have been given. I don’t think it makes any difference to me or the family.


answer given in the midst of ruckus
Earlier in the film festival organized in Kolkata, Shahrukh replied in his own style amidst the ruckus. He said, ‘We are all happy, I am the most happy and I have no objection at all to say that no matter what the world does, you people and all the positive people… everyone is alive.’