Home Entertainment Shahrukh Khan told his pain, said- I was not giving any work...
Entertainment

Shahrukh Khan told his pain, said- I was not giving any work in action films, I am 57 and now… 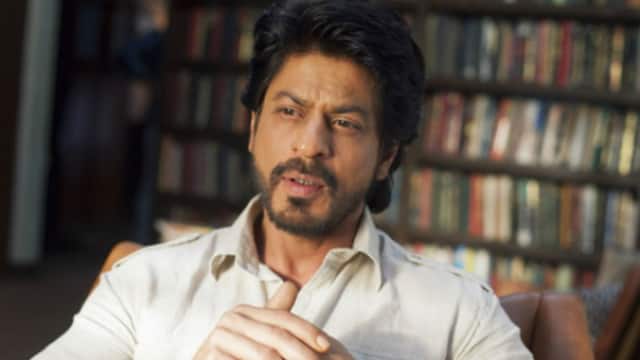 read on the app

Shahrukh Khan is called the king of romance. He has given many superhit romantic films in his career. In some he has also become a villain and he has also been liked as a villain. However, Shahrukh has done less action films. Now Shahrukh wants to try his hand in action films and wants to show his different avatar to the fans. Shahrukh now also wants to be known as an action hero. But he says that no one wanted to cast him in action films. This is the only reason why he wants to do top action films in the coming 10 years. Shahrukh actually told about this in an interview. He said in an interview to Deadline, I have never done action films. I have done sweet love stories, some social dramas and in some I have also played the role of a villain. But no one takes me to action films.

want to do top action movies

Pathan and Jawan will have action

His upcoming films are Pathan and Jawan. Shahrukh will do action in both these films. A few days ago the teaser of Pathan was released in which Shahrukh was seen doing tremendous action. After watching the teaser, the fans have now become more excited about the film. They want to see the explosion of Shahrukh on the big screen. On the other hand, when the glimpse of Shahrukh was shown from Jawan, it is clear from the avatar in which the actor was seen that he will be seen doing action.

So Shah Rukh has started his list of action films with these two films only. Let’s see what wonders the king of romance does now as an action hero. Let us tell you that Deepika Padukone and John Abraham are in the lead role along with Shahrukh in Pathan. The film will release on January 25 next year, while Jawan stars Nayanthara in the lead role alongside Shah Rukh. This film will be released on 2 June.

Danki is also in line