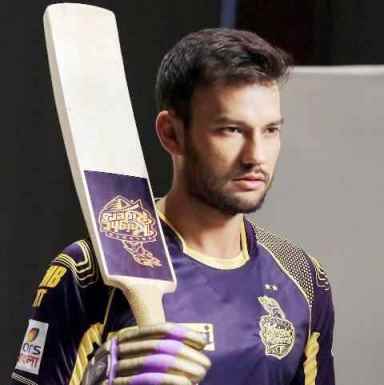 Sheldon Jackson Saurashtra won the title by defeating Maharashtra by five wickets in the final of the Vijay Hazare Trophy national one-day tournament here on the basis of an unbeaten 133-run innings.

In this victory of Saurashtra, apart from Sheldon Jackson, all-rounder Chirag Jani also made memorable contribution with ball and bat. He played an unbeaten 30-run innings after taking a hat-trick wicket in the 49th over of the first innings. He shared an unbroken 57-run partnership with Jackson for the sixth wicket.

On being invited to bat first, the Maharashtra team could only score 248 runs for nine wickets despite captain Ruturaj Gaikwad’s third consecutive century innings (108 runs in 131 balls). Saurashtra won the match by losing five wickets with 21 balls remaining. Saurashtra’s team has become the champion of this tournament for the second time after 2007-08. Jackson, who hit the winning four of the match, hit five sixes and 12 fours in his 136-ball unbeaten innings.

He got the team off to a great start by sharing a 125-run partnership with Harvik Desai (50 runs) for the first wicket. Chasing a small target, Jackson and Desai played without taking any chances and kept the scoreboard moving. Man of the match Jackson completed his Pachasa in 17 overs by taking one run off Satyajit Bachav (one wicket for 66 runs) and then in 21 overs with Desai’s one run, both of them completed their century partnership.

Desai, playing with more caution, completed his half-century in 61 balls by hitting two fours against Rajvardhan Hungergekar (70 runs without success) in the 25th over. Mukesh Chowdhary brought double success to Maharashtra by dismissing Desai and Jai Gohil in the 27th over of the innings. Samitya Vyas (12), Arpit Vasavada (15) and Prerak Mankad (one) were dismissed in quick succession. Meanwhile, in the 37th over, Jackson hit Bachav for two sixes to reduce the required run-rate.

Saurashtra needed 57 runs in the last 10 overs with five wickets remaining. In such a situation, Chirag batted aggressively as soon as he came to the crease and kept Jackson free from pressure. In the 47th over of the innings, Jackson made the team the champion by hitting sixes and fours on consecutive balls of Manoj Ingle (53 runs without success).