Russia Nuclear Drills: Putin arrives to watch the war exercise of Russian Nuclear Force, is the world on the cusp of nuclear war? 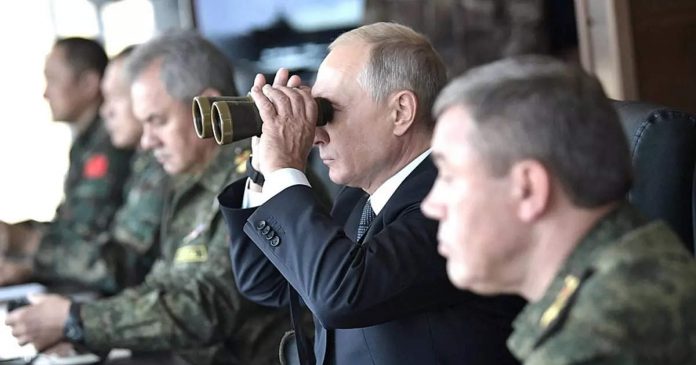 Moscow: Russian President Vladimir Putin on Wednesday witnessed the country’s strategic nuclear force drills that also included the launch of ballistic and cruise missiles. Russian Defense Minister Sergei Shoigu told Putin that in the event of a nuclear attack on Russia, it was practiced to launch large-scale nuclear strikes on enemies. All three units of the Russian Nuclear Forces took part in this exercise. It also practiced nuclear strikes from water and land. Russia has the most active nuclear bombs in the world.

Russia said – missiles hit the target
The exercise comes amid fierce tensions with Western countries over Russian actions in Ukraine. The Kremlin said in a statement that all the targets set for the exercise had been achieved and all the missiles fired hit the target. At the same time, America says that Russia had informed it in advance about this exercise. Such information is given to prevent any misunderstanding between the two countries.

Why did Russia inform America?
Both the US and Russia have ballistic missile tracker satellites. Which can track missiles launched in any part of the earth. If Russia had exercised with a nuclear missile without informing it, it could have created a misunderstanding of the attack. In such a situation, America would also retaliate which would have brought disastrous results for the world.

Nuclear attack on Ukraine is feared
Western countries fear that Russia may launch a low-capacity nuclear attack on Ukraine anytime. Russia has a number of standoff weapons that can carry out long-range nuclear strikes. Putin has already declared that he will not hesitate to use nuclear weapons to defend his country. In such a situation, European countries are also worried about their security.