Home International Russia has a catastrophic dead hand system, if there is a nuclear...
International

Russia has a catastrophic dead hand system, if there is a nuclear attack, it will fire 1,600 nuclear missiles at the enemy 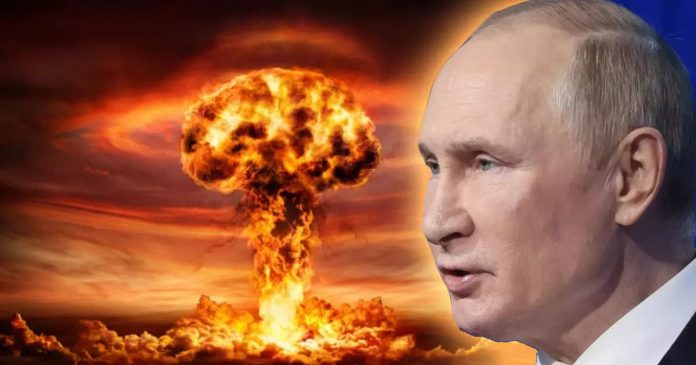 Moscow: The war between Russia and Ukraine continues. Meanwhile, Putin has threatened nuclear war. Russia has a stockpile of nuclear weapons. Not only this, Russia also has a ‘dead hand’ system, which can fire 1,600 nuclear missiles at a time. Because of this system, any country thinks a thousand times before attacking Russia. According to reports, Russia has 6000 nuclear warheads, of which 1,600 are always ready to be fired. These are linked to Russia’s Dead Hand nuclear weapons system. Dead Hand is considered one of the most destructive nuclear systems in the world, which was created during the Cold War.

Experts also call this system a doomsday device that can fire all its nuclear weapons at once. Dead Hand is an automatic weapon system, designed to respond to a nuclear attack. If there is a nuclear attack on Russia, then this system will automatically launch an attack on the enemy. This system has been developed so that even if all Russian officers are killed in a nuclear attack, the enemy can be attacked.
Putin, crazy about Modi’s foreign policy, told a true patriot, said – the future belongs to India
This is how the system works
This system first checks the signals of senior military officers. If the system does not find evidence of anyone being alive, it will start checking for signs of a nuclear attack. Dead Hand will detect a nuclear attack by measuring light, radiation levels, earthquakes, air pressure, heat. If the attack is confirmed, the Dead Hand will be activated. As soon as it is activated, the already entered orders of the General Staff of the Army will be sent to all the nuclear command silos of the country. The signal is also believed to reach bombers and submarines. The survivors of a nuclear attack would then launch intercontinental ballistic missiles into the missile silos. According to reports, this circumscribed weapon system is located in a military bunker somewhere south of Moscow.

Fully automatic system
In 2018, US Air Force nuclear launch officer Dr Bruce Blair said that the system is operated by three members, whose sole job is to ensure that the system is working, Dailystar reported. He had said that apart from turning it on, it is fully automatic. These three crew members are not high ranking officers. These are just a few checklists to follow. Human interference in this system is negligible, which makes it legitimate and ethical to stop nuclear war. Although this system was made to be activated only in times of crisis, it is reportedly active since 2009. In 2011, Russian commander Sergei Karakaev said in an interview that Dead Hand was still in operation. He then said, ‘Dead Hand is still in existence and working today. It will be able to send signals when needed.
The whole world was shocked by India’s decision, Russian President Putin did not become such a fan of PM Modi
increased risk of nuclear war
The activation of this destructive weapon system is going to increase the possibility of nuclear war between Western countries and Russia. This is because Russia has not got the success it expected in the war with Ukraine. He has faced defeat on many fronts. Russia has also threatened nuclear war several times. Recently Russia practiced Operation Thunder, where the army practiced retaliation in the event of a nuclear war.