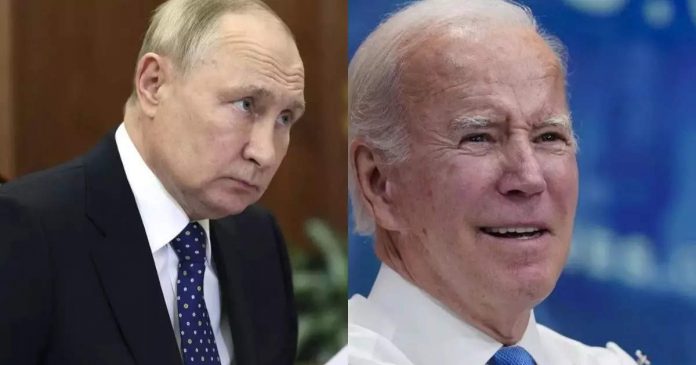 Washington : Russia has formally told the US that it is about to begin exercises with its nuclear forces. Officials gave this information on Tuesday. Russia’s nuclear drills are going to take place at a time when tensions in the Ukraine war have suddenly increased. Both sides are accusing each other of planning the use of the destructive Dirty Bomb. In response, US President Joe Biden has warned that if Moscow uses nuclear weapons it will be a big mistake. Vladimir Putin’s forces in Ukraine are getting one setback after another. In such a situation, it is being feared that Putin may use nuclear weapons to change the course of the war.

According to DailyMail news, Moscow has claimed that Ukraine is preparing to use a ‘dirty bomb’ on its soil as a false flag operation to accuse Russia. However, Russia has not presented any evidence in this regard. A ‘dirty bomb’ made of radioactive material does not cause catastrophic destruction like an atomic bomb, but it spreads radiation pollution over a large area. Now Russia has made a big bet by warning of exercises with nuclear forces.

Opened the car door, gave his jacket… Biden must have been envious of the chemistry of Putin and the Sheikh of UAE, know why?
Russia’s regular annual exercise
Russia has announced that its forces are going to start exercises that will likely include test launches of ballistic missiles. US Air Force spokesman Brigadier General Patrick Ryder said during a press briefing, “The US has been informed, and as we mentioned earlier, this is Russia’s regular annual exercise.” Annual maneuvers typically involve more than 10,000 service personnel, hundreds of launchers, and over 100 aircraft.

Biden warns Russia
This year Russia is going to practice with additional weapons. At the White House, Biden was asked about Russia’s fears of using nuclear weapons. After getting the corona virus booster shot, he said, ‘Russia will make a huge mistake by using a strategic nuclear weapon.’ He said that I am not guaranteeing you that it will be a false flag operation. I don’t know. But that would be a serious mistake.

Share
Facebook
Twitter
Pinterest
WhatsApp
Telegram
Previous articleWhy is the picture of Ganesh ji on the note in Indonesia with the largest Muslim population, know
Next articleDabur Q2 profit falls 2.8% to Rs 490 cr, revenue up 6%