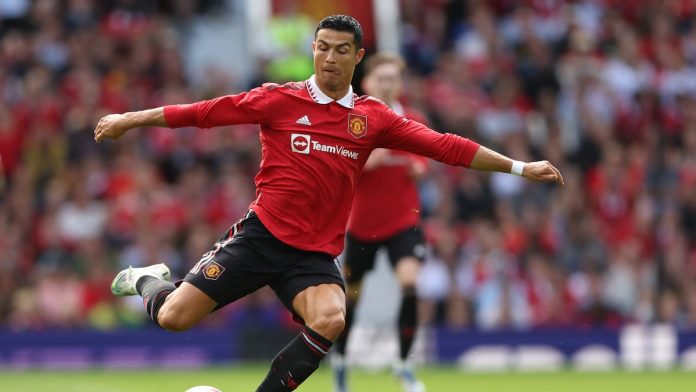 Manchester United manager Erik ten Hag confirmed on Friday that Cristiano Ronaldo refused to come on as a substitute during this week’s win against Tottenham, saying there had to be “consequences” for his behaviour. Post-match talk following the impressive 2-0 victory over Spurs at Old Trafford on Wednesday has been dominated by the early exit of the 37-year-old Portuguese superstar. Ronaldo headed down the tunnel before the final whistle and made a hasty departure from Old Trafford.

United announced on Thursday that the forward had been dropped from the squad for Saturday’s clash with Chelsea following his tantrum.

Asked at his pre-match press conference whether Ronaldo had refused to come on a substitute against Spurs, Ten Hag said: “Yes.”

Ten Hag said: “What (happened in) the talk is between Cristiano and me. The (club) statement is also clear, I think.”

But the Dutch manager, in his first season at Old Trafford, said Ronaldo “remains an important part of the squad.”

The forward was also among those that left Old Trafford early in July’s pre-season friendly against Rayo Vallecano, leading Ten Hag to underline the importance of players staying to support their team-mates.

Asked how he deals with the situation, the Dutchman said on Friday: “How we did. I am the manager. I am responsible for the top sport culture here and I have to set standards and values ​​and I have to control them.

“We are in a team, so we have standards, we have values ​​and I have to control that. After Rayo Vallecano, I told (you) it was unacceptable but he wasn’t the only one. That is for everyone.

“When it’s the second time, that will have consequences. That is what we did. We miss him tomorrow. That is a miss for us. For the squad it’s a miss.

“But I think it’s important for the attitude and mentality from the group. Now we have to focus on Chelsea and that is the most important.”

Ronaldo responded to his omission from the squad by saying he had acted in the heat of the moment.

“I’ve always tried to set the example myself for the youngsters that grew in all the teams that I’ve represented,” he posted on Instagram on Thursday. “Unfortunately that’s not always possible and sometimes the heat of the moment gets the best of us.

“Right now, I just feel that I have to keep working hard in Carrington, support my teammates and be ready for everything in any given game.

“Giving in to the pressure is not an option. It never was. This is Manchester United, and united we must stand. Soon we’ll be together again.”

The former Real Madrid and Juventus star scored 24 goals in all competitions in 2021/22 in his first season back at Old Trafford, where he made his name as a global star.

But, disappointed by United’s failure to qualify for the Champions League, he has tried and failed to engineer a move away from Old Trafford.

Ronaldo, a five-time Champions League winner with Real and United, has started only two Premier League games this season and has just one goal to his name in the English top flight.

The forward, who missed United’s pre-season tour to Australia and Thailand for “family reasons”, also reacted badly when he was substituted by Ten Hag in last week’s draw against Newcastle.