Roger Binny: A cricketer, A Gentleman And ‘Ajaatshatru’ | Cricket News 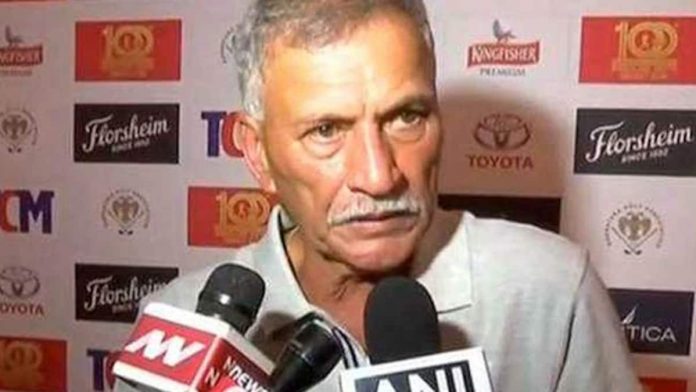 If BCCI had constituted its Annual Awards for a ‘Gentleman Cricketer’ back in the 1980s, Roger Michael Humphrey Binny perhaps would have been a prime nominee to win it season after season. The 36th president of Board of Control for Cricket in India (BCCI) can be termed in one word ‘Ajaatshatru’ — a person without any enemies. While in terms of pure cricketing achievements, his immediate predecessor Sourav Ganguly would be miles ahead but if looked in isolation, the reticent man from Bengaluru isn’t short of pedigree and could be quietly assertive as and when he wants to.

The BCCI couldn’t have a better choice as a player administrator at the helm than Binny, who will easily go down in the history of Indian cricket as one of most hardworking, honest cricketers to have graced the game. In his near four-and-a-half decade association with the sport, Binny has only earned friends — as a state level player in a star-studded Karnataka team that had stars like Gundappa Viswanath, Erapalli Prasanna, Syed Kirmani, Brijesh Patel , AV Jayaprakash in its ranks.

He was immensely popular member of the 1980s Indian team where he and Madan Lal did play a supporting role to Kapil Dev’s strike bowler act for a good seven to eight years.

He had his moments under the sun for the Indian team and the 1983 World Cup was as much as his crowning glory as it was for Kapil Dev, Sandeep Patil and Yashpal Sharma.

But perhaps, like some of his 83 batch-mates, who despite way lesser achievements compared to him, wear the stardom on their sleeves as if there is no tomorrow, Binny’s grace has been his subtlety.

Imposition has never been his forte but getting the job done indeed has been his strong points.

How revered and loved Binny was could be gauged from one story that his 83 teammate Sunil Valson had once narrated to PTI.

“Roger had an injury during the 83 World Cup and I was supposed to play one of the games. On the morning of the game, there was a fitness test and the manner in which Roger sprinted, I knew that he would play.

“Although I felt bad for myself, you couldn’t feel bad for Roger, who was the sweetest human being you would come across,” said Valson, who despite being a mean left-arm fast medium, missed out on India.

He came in as a strongly-built six-footer, who was a mean swing bowler but also at the same time opened the batting for Karnataka. Because of his huge girth and an imposing lower body, fans back in the day used to jokingly call him “Jack Fruit”.

In England, he was deceptive with his movement in the air and as always was a supporting hero with seven wickets in the 1986 Test match at Headingley, which is more remembered for one of the finest Test hundreds by Dilip Vengsarkar.

His opening partnership of 451 with Sanjay Desai against Kerala in the 1977-78 was a world record in first-class cricket for the longest time.

He was a specialist opener, who had to come at number 8 or at times even No.9 in Test matches as it was difficult to sneak into the top six, which had players like Sunil Gavaskar, Anshuman Gaikwad, Dilip Vengsarkar, Mohinder Amarnath, Kapil Dev and Ravi Shastri.

Despite being an effective swing bowler, Binny’s Test career never took off. Only 47 wickets from 27 Tests never portrayed his real quality.

Perhaps the lack of pace and India playing for draws on barren tracks became Binny’s undoing, save one evening in 1987 when the famous evening River Hooghly breeze blowing across Eden Gardens saw him wreak havoc against Imran Khan’s Pakistan bowling from the High Court End.

That 6/56 was his best ever figures in Test cricket and incidentally came in his last series.

Very few people know that Sunil Gavaskar’s last Test match was also Binny’s last in the long format game for India. The only difference was that Gavaskar had announced his retirement and Binny was dropped after being given a total of three overs to bowl in an entire Test by captain Kapil Dev.

He couldn’t help because that was the worst ever track at Chinnaswamy on which Gavaskar’s 96 became a part of cricketing folkore and a masterclass on how to play on tracks that can be best described as snake pits.

By the end of that year, Binny’s international career was over after the first game of the 1987 World Cup where young pair of Geoff Marsh and David Boon, literally hammered him.

He continued to play Ranji Trophy for a few more years and as a seasoned skipper led a team that had some of the brightest future stars of Indian cricket — Rahul Dravid, Javagal Srinath and Venkatesh Prasad to name a few.

In an old interaction, Dravid had recalled how Binny had presented him with an India shirt from one of his tours, something that immensely boosted a young man’s confidence.

When he was named the coach of the India U-19 team in 2000, he was only 45 years old and more like a friend and confidante for the likes of Mohammed Kaif, Reetinder Singh Sodhi, Yuvraj Singh, who were all part of that first ever champion squad.

Usually in an understated way, Binny remained away from the limelight and let the Yuvrajs and Kaifs enjoy their first brush with stardom.

He became Bengal’s Ranji coach at a time when it was going through transition phase with a lot of seniors on the vane.

Probably, because of his soft nature, he could never impose strict disciplinarian measures on players. He wanted them to play touch Rugby but they insisted on playing football as warm-up routine.

He became national selector in 2012 but in his third year had to relinquish his position after Lodha Committee’s ‘Conflict of Interest’ clause created confusion.

The reason being his son Stuart, a decent all-rounder himself, being in national contention.

Sunil Gavaskar in one of his columns wrote that he had asked Roger and was told that he has always recused himself whenever Stuart’s name would come up for discussion. But he had to quit more because of perception than propriety.

As KSCA president, insiders say that he had largely let secretary Santosh Menon run the show but in the last 6-8 months got himself involved in administrative matters more keenly.

Call it destiny, it is his old friend Brijesh Patel and Tamil Nadu strongman N Srinivasan, who engineered his ascension to the top job with only three years of his administrative career left.

Five-time world champions Brazil have already qualified for the Round of 16 at the FIFA World Cup with a game to spare in the...
Read more
Sport

File photo of Shoaib Akhtar© YoutubeEngland will play their first Test match in Pakistan in 17 years when the first Test of a three-match...
Read more
Sport

Zombie Virus Revive: The world has not yet emerged from the havoc of Coronavirus that now the danger of...
Read more
Load more