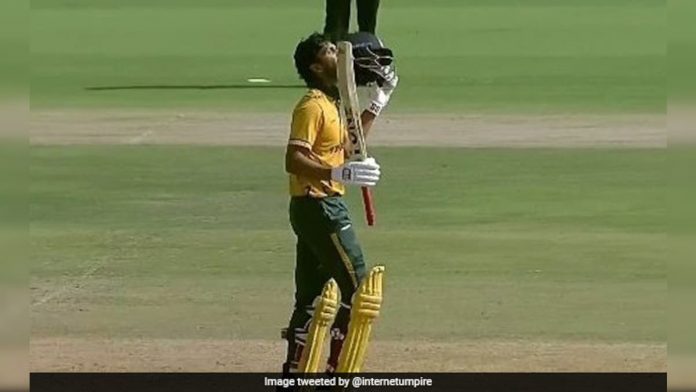 Young Indian batsman Ruturaj Gaikwad took the cricketing world by storm as he hit 7 consecutive sixes in a single over, registering a new world record. While Gaikwad drew plaudits from all over the world, the moment was incredibly hurtful for Shiva Singh who was the one to have faced the wrath of Gaikwad in that over. The Maharashtra captain, however, also wants to remind the Uttar Pradesh bowler of Stuart Broad who was taken apart by Yuvraj Singh in the 2007 T20 World Cup but went on to have a glorious career.

“No disrespect to Assam bowlers but UP was a far better and all-round attack. And we had lost two early wickets and it was my first comeback game after the injury and our first knockout game, so there was much more pressure so I would rate the innings against UP higher,” Gaikwad told Sportstar after helping Maharashtra beat Uttar Pradesh and booking a spot into the team’s maiden Vijay Hazare Trophy final.

Speaking of the hammering he gave to Shiva Singh, Ruturaj said: “He must have been understandably dejected but all I would like to remind him is to remember Stuart Broad went for six sixes in an over (in the 2007 World Twenty20) and has had an outstanding career, so there’s a lesson in it for every bowler.”

Gaikwad wasn’t a part of 4 league games in the Vijay Hazare Trophy campaign because of a wrist injury.

“I was just 50 to 60 percent fit, so I decided against risking myself. Once our qualification was almost assured, I wanted to get to full fitness to be back at my best and set an example for the teammates,” he said.

The Vijay Hazare trophy final will be held on Friday between Maharashtra and Saurashtra.