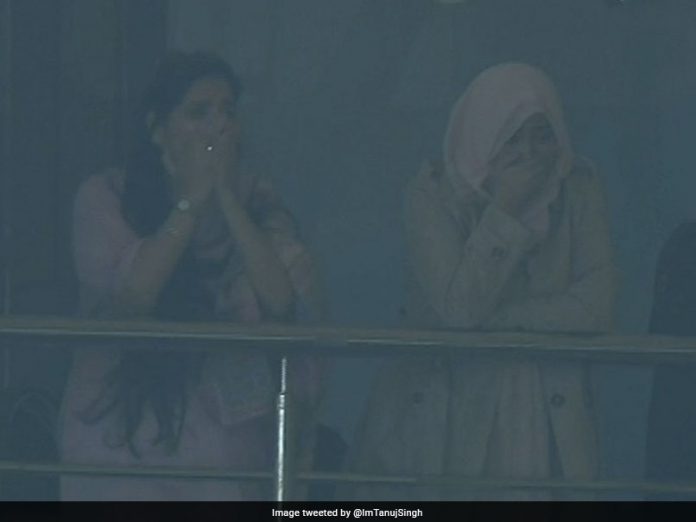 Sarfaraz Ahmed’s wife and his family members got emotional after he completed his ton.© Twitter

Former Pakistan captain Sarfaraz Ahmed is going through a purple patch since making his return to the Test side for the just-concluded series against New Zealand. In the second Test, which ended in a draw after a thrilling final day on Friday in Karachi, Sarfaraz scored his fourth Test century, ending his 8-year wait for a ton in the longest format of the game. After being picked over Mohammad Rizwan in the team, Sarfaraz repaid the trust shown by the team as he scored 335 runs in the two-match series.

In the fourth innings of the second Test, Sarfaraz scored a brilliant century as Pakistan avoided yet another home Test series defeat.

Sarfaraz’s wife and his family members got emotional after the 35-year-old completed his century. His wife’s reaction has been doing rounds on social media.

New Zealand were in sight of a series-clinching victory after dismissing Sarfaraz for a career-best 118 with 39 balls remaining in the match.

But as dusk settled, Naseem scored 15 and Ahmed seven to guide Pakistan to 304-9 in pursuit of a 319-run target when umpires Alex Wharf and Aleem Dar declared the light impossible to continue with three overs remaining.

The two-match series ended 0-0 after the first Test — also in Karachi — ended in a draw, depriving New Zealand of their first series win in Pakistan for 53 years.