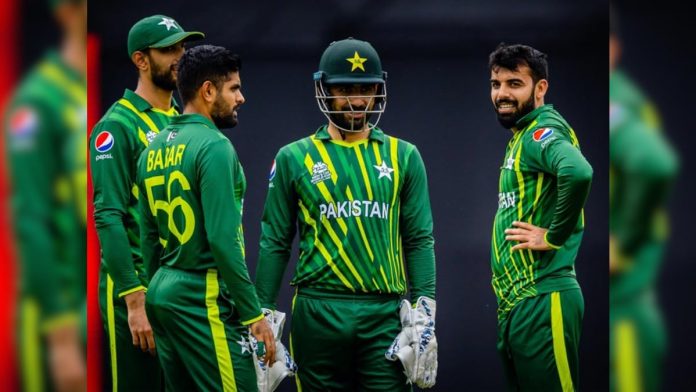 Pakistan’s middle-order will be under the scanner once again when the Babar Azam-led side faces arch-rivals India in their opening match of the T20 World Cup Super 12s at the Melbourne Cricket Ground on Sunday. Babar, during the pre-match press conference, confirmed that top-order batter Fakhar Zaman will not feature against India due to an injury. However, Shan Masood could boost his batting line-up, after clearing tests, following a concussion scare. With Babar’s recent struggles, wicketkeeper-batter Mohammad Rizwan has taken responsibility with the bat. However, the middle-order has been Pakistan’s Achilles heel of late.

Babar Azam:The Pakistan captain was in top form prior to the Asia Cup, but his form has deteriorated since then. His role will be key for Pakistan’s chances in the match.

Mohammad Rizwan: Currently the top-ranked T20I batter in the world, Rizwan has delivered the goods with the bat over the last two years. His partnership with Babar will be crucial for Pakistan, especially due to the middle-order concerns.

Shan Masood: The southpaw has played some valuable knocks since making his comeback in the team last month. The management will hope that Shan can replicate his recent outings with the bat.

Asif Ali:The veteran batter could get a nod ahead of struggling Khushdil Shah in the playing XI. However, his performances haven’t been impressive enough. He will look to put on a good show this time around.

Iftikhar Ahmed:There has been a lot of discussion regarding his place in the team. Iftikhar has played some decent cameos, put his striker-rate has been the main concern.

Mohammad Nawaz:Nawaz’s recent form has been one of the positives for Pakistan. Apart from his ability to strike at crunch moments, Nawaz has the tendency to contribute with the bat, if the opportunity arrives.

Shadab Khan:Pakistan’s vice-captain would be yet another impact player to watch out for in the key clash against India. Apart from his leg spin, Shadab can also be handy with the bat.

Mohammad Wasim Jr: Wasim could be one of the four pacers in the playing XI as Pakistan look to add more firepower to their bowling, which has been strength. He has put in some decent performance with the ball, and can also struck a few lusty blows, if the opportunity arrives.

Shaheen Afridi:Shaheen’s place in the playing XI should be a no-brainer. After being out of action for nearly two months, Shaheen made a strong comeback in the warm-up game against England, where he made an instant impact. His ability with the new ball is second to none.

Haris Rauf:While Shaheen is the X-factor with the new ball, Haris does the job in the middle, as well as the death overs. He provides important breakthroughs for his team, and his economy rate is also pretty impressive.

Naseem Shah:In Shaheen’s absence, Naseem took the responsibility of dictating terms during the Asia Cup. The youngster would be hoping to make a strong statement right from the word ‘go’ in this tournament.