Home International 'Pakistan is one of the most dangerous countries in the world' Bilawal...
International 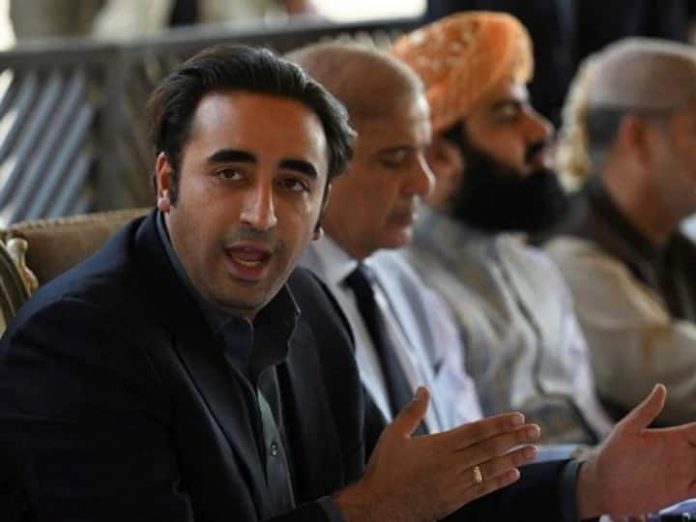 US-PAK Relation: US President Joe Biden has called Pakistan one of the most dangerous countries in the world. During the Democratic conference, the US President, exposing Pakistan to the world in a strong remark, said that Pakistan is a dangerous country because it is constantly stockpiling nuclear weapons. There is no coordination between the army and the government of this country. Pakistan is shocked at this statement of Biden and Foreign Minister Bilawal Bhutto has said that I am surprised by this statement of Biden.

Pakistan’s Foreign Minister Bilawal Bhutto Zardari has said on Biden’s statement that I have discussed it with Prime Minister Shahbaz Sharif and we have officially sent a mind to the US Ambassador to Islamabad and will submit the relevant report to him. Bilawal Bhutto said that as far as our nuclear weapons are concerned, we meet all international standards as per IAEA.

He said that if there is any question regarding nuclear security, then it should also be asked from India, which had accidentally fired the missile towards Pakistan. This is not only worrying and unsafe, but it has also raised questions about their nuclear security.

Bhutto said that I am surprised by the statement of US President Biden. This happens in a situation of lack of communication. If there was any such concern, it could have been raised in my meeting also. I do not believe that this will have any negative impact on our mutual relations and will serve in a positive direction to our relationship with the US.

Former Pakistan PM Imran Khan has also asked Biden two questions in this matter. He asked- On what information has America reached this unreasonable conclusion about Pakistan’s nuclear capability. When I was prime minister I knew we had the most secure nuclear command and control system? Imran asked the second question that when has Pakistan shown aggression towards whom, while America is involved in the wars happening around the world.

Signs of easing of tension between India and China on LAC related issues, both countries agree to 17th round of military talks