Mukesh Kumar Grabs Six As India A Dismiss Bangladesh A For 252, Umesh Yadav Warms Up For Tests With Twin Strike | cricket news 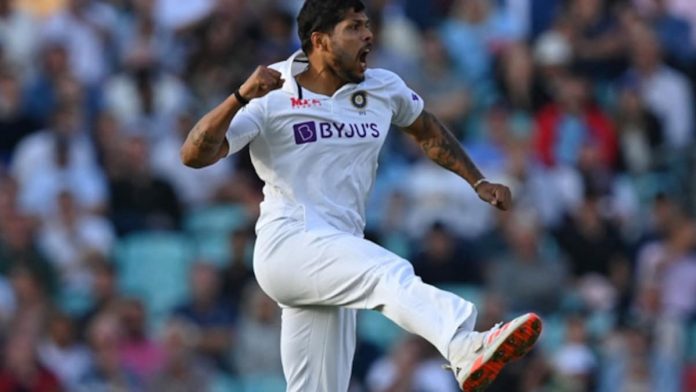 Seamer Mukesh Kumar continued with his dream show in first-class cricket with career-best figures of 6/40 as India A dismissed Bangladesh A for 252 on the first day of the second ‘unofficial Test’ in Sylhet. Mukesh has been a revelation for India A team since he made his debut in the series against New Zealand A as he also got a five-for during that series. He got good support from senior pacer Umesh Yadav (2/55 in 16 overs), who warmed up nicely for the two-Test series starting December 14 in Chattogram.

It was Umesh, who got the first breakthrough with an inswinger (outswinger for left-hander) to get rid of Shadman Islam who was caught by Sarfaraz Khan in the slip cordon.

Right-handed Mamhmudul Hasan Joy (12), the No. 3rd batter got a perfectly pitched full outswinger from Mukesh and was caught by Kona Bharat behind stumps.

Mukesh then got a couple of quick breakthroughs — first another delivery that moved a shade as ‘A team skipper Mohammed Mithun edged to Sarfaraz in the slip cordon for his second catch.

Zakir, who was closing in on half-century, then got one that was pushed with angle and he edged it to India behind stumps.

At 84 for 5, young Shahadat Hossain (80) and Jaker Ali (62) held the innings together with a 147 run stand which was finally broken by Umesh as he castled the batter.

Mukesh then blew away the lower-order in quick time as the innings was wrapped up in 80.5 overs.