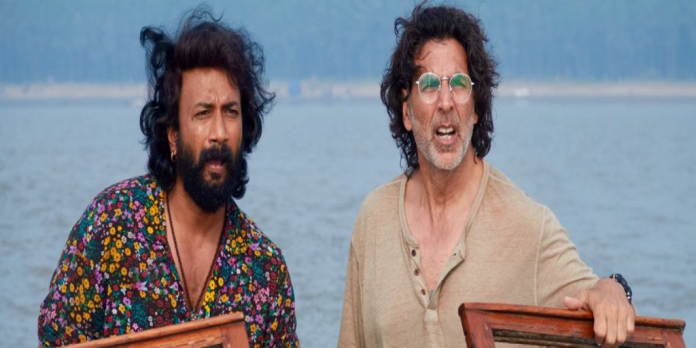 Director Abhishek Sharma’s Akshay Kumar starrer ‘Ram Setu’ has released in theaters on Diwali. However, Ram Setu has been a topic of debate among people of religious faith, archaeologists and historians. There is a long range of 48 kilometers between Rameswaram on the south-east coast of India and Mannar Dwip on the north-west coast of Sri Lanka. According to Hindu mythology, Setu means bridge was built by Lord Rama and his army to invade Lanka and fight with Ravana. While according to Islamic legend, Adam means Adam this bridge was used to reach Adam’s peak. According to scientists, Ram Setu is a natural structure but for the last few years there is strong evidence that it is not natural but built by Lord Rama. Director Abhishek Sharma’s ‘Ram Sethu’ also revolves around the same concept. But in the process of making the film a fiction, it takes the audience on a different curve.

The story of ‘Ram Setu’

The story of the film is based on real life. Archaeologist Dr. Aryan Kulshrestha is an atheist who believes only in facts because of his profession. His wife Gayatri is a Dharma guru and also a professor of history. He has a son. As part of a mission of the archeology department, Aryan learns about the historical heritage along with the remains of the Lord Buddha statue in Afghanistan. After coming to India he is assigned to the research work of Setu Samudram Project. In which he has to prove on the basis of archaeological facts that Ram Setu is a natural structure and the birth of Lord Rama is a pattern of natural origin 7 thousand years ago.

In the film, the owner of Pushpak Shipping Company (Nasser) wants to construct a deep water channel as part of the shipping canal project. He wants to build a shipping route between India and Sri Lanka so that the travel time between India’s east and west coast will also be reduced. Nasser has staked everything for this project and on the other hand, as soon as this project is announced, people of religious faith start protesting. He says that the Lord will not tamper with the culture associated with Rama. Aryan sends people like Sandra Rebelo (Jacqueline Fernandez), Pravesh Rana, Jennifer to Nasser and Sarkar for research. Aryan is adamant that the bridge was not built by Lord Ram. But as the research progresses and Aryan is also shocked to know the facts he gets. The story of the film reaches a turning point where a conspiracy is hatched to kill Aryan including his entire team. On the other hand, it is only two days before the court’s decision on the Ram Setu Shipping Project. Now Aryan and his team will reach the facts before the court decision? You have to watch the movie to know.

An attempt has been made to blend modern thinking with mythology and create a different story based on it. But the problem with director Abhishek Sharma’s story is that it is clear from the beginning what the end will be? A director’s responsibility increases when making a film on cultural heritage and religious themes. As a director, Abhishek has shown negligence in this matter. In a film that proves a point, facts seem to be forced. In some scenes, the activity of the director to exploit the religious sentiments of the people is evident.

The film picks up pace in the second half

A good portion of the first half is devoted to developing the film’s story and characters. The story of the film picks up pace in the second half. However, the film establishes the existence of Ram Setu and also shows that even the stories going on in the myth are not just a figment of imagination. This movie reminds you of Hollywood movies ‘The Vinci Code’ and ‘National Treasure’. Technical team work is average. The VFX could have been better. Daniel B. George has tried to design the sound according to the film. Rameshwar Bhagat’s editing is good. Asim’s cinematography has contributed to maintaining the mystery and thrill. The ‘Ram Ram’ song at the end of the film is also good. Talking about the climax, the film can prove to be a good gift for Ram devotees this Diwali.

How is the acting?

Talking about acting, Akshay Kumar rocks as an atheist archaeologist. Its look is cool. Jacqueline Fernandez also fits the role. Nusrat Bharucha has got less screen time. Actors like Nassar, Pravesh Rana and Satyadev Kancharana have done justice to the role. The supporting cast of the film is also good.

Lovers of themes with a confluence of mythology and modern thought can watch this film.

Share
Facebook
Twitter
Pinterest
WhatsApp
Telegram
Previous articleRishi Sunak may meet with PM Modi soon, next month both the leaders will be on this big stage
Next articleDue to the long penis, the person is not getting the job, people reject it as ‘excited’ in the interview