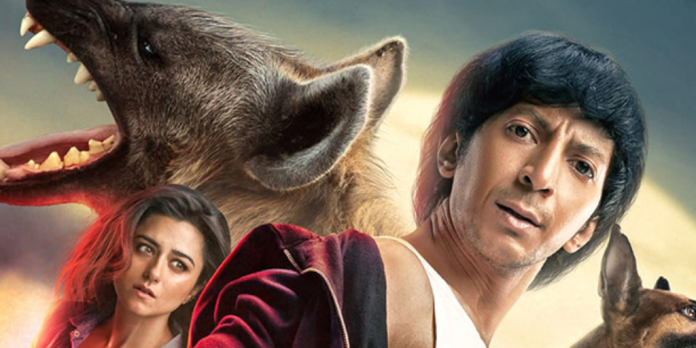 The trailer of the film ‘Lakadbaggha’ directed by Victor Mukherjee has been released. It stars Anshuman Jha, Riddhi Dogra, Milind Soman and Paresh Pahuja in lead roles. The film, which will hit theaters on January 13, 2023, is about the theft of dogs. If we talk about the story of this film, the story of this film (Lakadbaggha Movie Review) is from the city of Kolkata in West Bengal. Arjun Bakshi who has a lot of love for dumb animals. Aryans on the other hand kill those animals and stuff them with drugs and supply them abroad. Lakadbaggha begins with Arjun Bakshi. Who considers street dogs as his friends.

Eventually her two pet dogs come under Aryan’s radar. However, one survives and the other dies. Now the question is why the film was named Lakadbaggha? So much so that Aryan has to supply crutches in the course of business. Meanwhile he runs away to Lakadbagha. But later it is shown that he has not escaped but is in Arjuna’s captivity. Arjun takes good care of her.

Akshara on the other hand investigates who is doing the beating to save this dog. There is a lot of pressure on him from above. At the end of the film, she finds out from Aryan that all this work is being done by Arjun whom she loves. Milind Soman has got the least screen space in this film. In this he is the father of Arjuna. He trains Arjun in martial arts. After removing his name from the school, he was brought home and given training. If seen, Milind has a cameo in it.

The film is written by Alok Sharma and directed by Victor Mukherjee. The concept is good. It is a family pack film. How stray dogs need protection and how they are mistreated. His life is worth nothing, it’s all very well portrayed. But that’s not how the characters got justice. However, this film will go ahead, which means that its second part will come. Apart from one Bengali song, there is no other Hindi song in the entire film. This movie can be seen once. If you love animals you can watch. Which also conveys a message. Somewhat boring, but a good movie to watch with family.