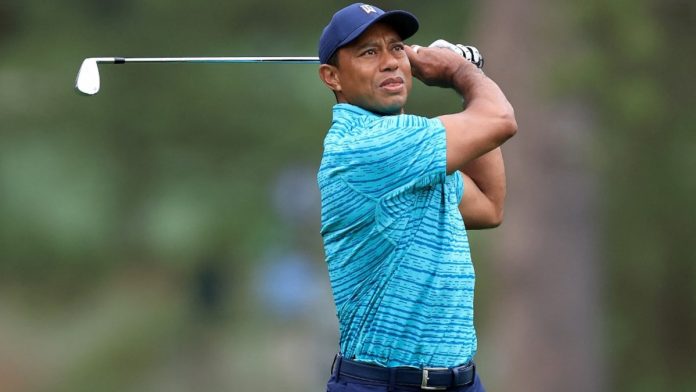 Golf legend Tiger Woods has slammed the revamped world rankings system, calling it “flawed” and hoping that it would be “fixed” soon. The Official World Golf Ranking (OWGR), which was revamped in August to make it more equitable, has been criticized by top golfers such as Jon Rahm, who termed it “laughable”. Woods, a 15-time Major winner, said there is a need to re-look at the rankings system.

“Yeah, OWGR, it’s a flawed system. That’s something we all here recognise,” the 46-year-old, who had pulled out of the Hero World Challenge due to a foot injury, said during the pre-tournament press conference on Tuesday. .

“The field at Dubai (DP World Tour Championship) got less points than Sea Island (RSM Classic on the PGA Tour) and more of the top players were there in Dubai, so obviously there’s a flawed system. How do you fix it? Those are the meetings we’re going to have to have.

“I remember when I had a big lead in my career. I didn’t have to play a single tournament the next year and I still would be ranked No. 1. We changed that system then. So it has been changed in the past and I’m sure this will be changed hopefully soon.” Woods, who last played at the British Open in St. Andrews in July, had developed plantar fasciitis, an inflammation of a thick band of tissue that connects the heel bone to the toes, in his right foot, while preparing for the annual charity event.

The OWGR has undergone many changes over the years. The current system, which was implemented in August, introduces the Field Rating calculation, where “ranking points are derived from each tournament’s Total Field Rating.” The field ratings are based on players’ individual stroke gained world ratings, which is calculated by round-by-round scores after adjusting it for the relative difficulty of each round.