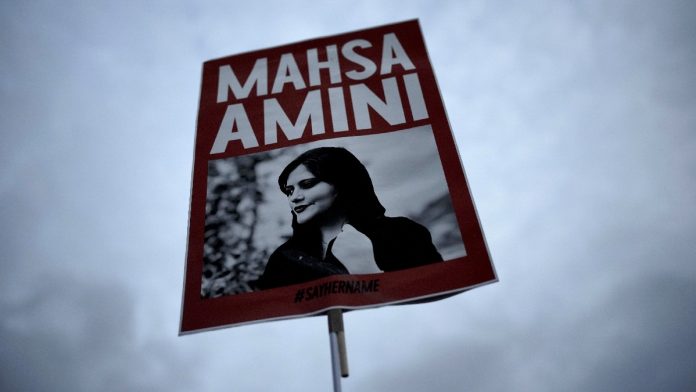 Iran Hijab: Iranian people in Europe, North America and many countries marched on the streets in solidarity with the four-week-long demonstrations against the government in Iran’s cities and towns. In Iran, a 22-year-old woman, Mahsa Amini, was caught by the police while acting in the name of morality and died in custody. Protests against the incident have been going on in Iran for the past four weeks, which are being condemned globally for the actions of government forces to crush them.

People of Iranian origin seem to be united in protest against this incident.

Let us tell you that after Iran’s 1979 Islamic Revolution, the people of Iran who left the country and settled in other countries in the 1980s are now seen uniting in protest against this incident. “I see this as a turning point for Iran in many ways,” said Tahirih Danesh, 52, a human rights researcher based in London. We have always been divided by political faults, but this time people are saying that we are with women.

They were seen marching on the streets to show solidarity

Over the past month, in many cities from London to Paris, Paris to Toronto, people of Iranian origin have been seen marching in the streets to show solidarity with these protests. Many said that he stayed awake through the night amid hope, sadness and apprehension. Hopes that their country may change after decades of oppression fears that the brutal actions of the authorities could lead to more violence. London’s ‘art curator’ Wali Mahlouzi (55) said, “Earlier we did not have a proper idea of ​​what was happening in the country and we did not feel connected to it, but today the people of Iran are demanding fundamental change. are doing. It unites every single Iranian.”

Mahlouzi also left Iran in the 1980s. The vast majority of Iranian immigrants include not only those who left the country immediately after the 1979 revolution, but also those who later left Iran because of continued repression or economic crisis. More than half a million Iranians live in the United States, and France, Sweden and Germany also have large numbers of Iranians. The largest number of Iranians are settled in Los Angeles, Washington, London, Paris and Stockholm. Romain Ranjbaran (28) of Paris was among thousands of people who marched in the streets despite heavy rain last week and shouted slogans against the Iranian leadership. Ranjbaran, who grew up in France, said she was “distressed” by what was happening in Iran.

Iran’s government has consistently claimed that Mahsa Amini was not abused, while her family says her body was marked with bruises and beatings. Amini was detained for not wearing the hijab properly. Demonstrations began in Iran after Amini’s death. In some videos that surfaced from the protest, women protesters can be seen being beaten and pushed by security forces. These include women who took off their hijab. Wearing a hijab is mandatory in Iran.