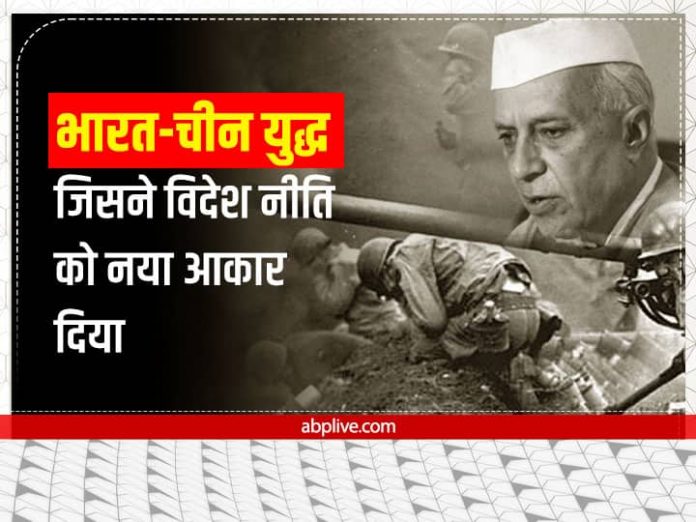 October 20, 2022, has been a witness to an important event in modern Indian history. Today is the 60th anniversary of the Indo-China war. The bravehearts of India fought a fierce battle for the country in the 1962 border war with China. In fact, in the Chinese attack of 1962, the Chinese army was not only twice the number of the Indian army, but they had better weapons and were fully prepared for the fight. China also had no shortage of logistics. The military leadership of China was experienced. The Chinese army had got good experience of fighting in Korea 10 years ago. The Indian army was inferior on every front, but the bravehearts of Mother Bharti faced the Chinese army with a stoicism.

After this war, questions were raised about the foreign and security policies of Delhi. The end of the ‘Nehruwadi era’ was being considered in Indian foreign policy. It was only after the war with China that a decisively stronger and more realistic India emerged on the international stage. Indian foreign policy was given a new shape after this war. The end of the Nehruvian era was a foreign policy period dominated by the ideas of Jawaharlal Nehru, the first Prime Minister of independent India.

The five main elements in Nehruvian foreign policy were

There were five major elements in India’s Nehruvian foreign policy. First, to maintain a neutral relationship with the two Cold War superpowers, second, their tendency towards moral politics inherited from India’s independence movement, third – to find Indian leadership among newly independent countries in the world, fourth – competition To give preference to cooperation and fifth – to emphasize security and military power for ideological and practical reasons.

Nehruvian foreign policy prompted India to seek a special cooperative relationship with China. China was another major Asian powerful country whose cooperation was morally right and practical for India.

India was looking at China as a partner in leading the Third World. The relations between India and China became very strong and ‘Hindi-Chini Bhai Bhai’ became the slogan of the foreign policy of the Nehru era.

Indo-China war of 1962
The Indo-China war of 1962 dealt a heavy blow to this type of foreign policy. The main reason for the war between India and China was the dispute over the sovereignty of the border areas of Aksai Chin and Arunachal Pradesh. Aksai Chin, which India considers part of Ladakh and China considers part of Xinjiang province. This is where the confrontation started and it turned into a war.

The Chinese attack proved that Nehruvian foreign policy could not protect India and that defense and military might should be a priority for Delhi. This proved that in the face of China’s onslaught, a non-aligned and poorly armed India could rely neither on its limited military strength nor on allies. This war proved that India’s partnership with China was a mistake. At the time of crisis, the concept of moral-political and third worldism of Delhi proved to be false.

This whole brutal experience demonstrated that India needed a more powerful and more clearly realistic foreign policy. Although this kind of foreign policy began to take shape during the last two years of Nehru’s power, it was completely adopted by India in 1964, several years after Nehru’s death.

This war made three major changes in India’s foreign-security policy.

India’s defense spending increased massively after the war, rising from 2.1 percent of GDP in 1961 to 4 percent in 1963, and remained consistently above 3 percent of GDP throughout the rest of the Cold War. It never returned to the level before 1962.

second changeApart from this, the 1962 war also inspired the country for major military reforms and played a large role in reshaping and expanding India’s defense industry. The war played an important role in India’s decision to conduct nuclear tests in 1974 and acquire nuclear weapons in 1998.

third changeThe 1962 war prompted India to seek more genuine political engagement in foreign policy. This change in foreign policy happened during the war itself, when due to the Chinese attack in October and November 1962, then Prime Minister Jawaharlal Nehru ordered the US for weapons. And asked the UK for help. Along with this, he also asked the US Air Force to intervene in this war.

However, more genuine politics in Indian foreign policy began right under Indira Gandhi. Indira Gandhi’s foreign policy was very power-oriented and concrete. While his prime minister, India partnered with the Soviet Union in 1971 and was instrumental in the creation of Bangladesh by breaking Pakistan into two pieces. From the time of Indira Gandhi, India’s foreign policy generally moved in a de facto political direction.

India’s persistent security concerns about China were best expressed by the then Prime Minister Atal Bihari Vajpayee. He had justified India’s acquisition of nuclear weapons in 1998, pointing to China in a secret letter to US President Bill Clinton.

In short, the 1962 war represented a significant change in India’s foreign and security policy, the consequences of which are felt even today. Today India is one of the most powerful countries in the world. The weapons available with the country’s army today are not modern. The desire to sour the teeth of enemies is many times more than before.

Share
Facebook
Twitter
Pinterest
WhatsApp
Telegram
Previous articleChina holds emergency talks with chip firms after US sanctions
Next articlePeople don’t have to worry about job loss in UAE! Knowing the reason you will say – oh wow