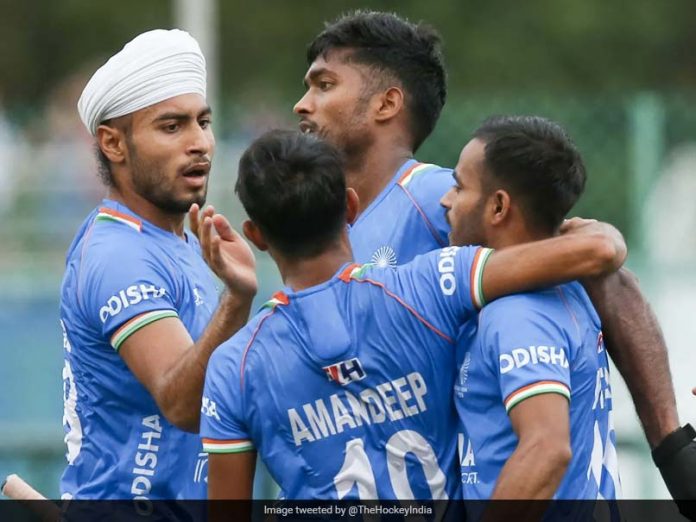 The Indian junior men’s hockey team returned to winning ways, beating Japan 5-1 at the Sultan of Johor Cup here on Tuesday. Captain Uttam Singh (3′), Rohit (12′), Johnson Purty (21′), Boby Singh Dhami (31′) and Amandeep Lakra (51′) found the back of the net for India, while Ikumi Saeki (15′) ) scored the only goal for Japan. After a delayed start, India got out of the blocks quickly, as Uttam Singh’s attempt beat the Japanese goalkeeper after a spell of domination. And even though Japan threatened with a couple of penalty corners right after that, India’s defense wasn’t allowing them any space.

In the second quarter, both teams traded blows in the first few minutes before India regained their two-goal lead as Johnson Purty found the back of the net with a crisp shot from the top of the circle.

India continued to pile on the pressure in search of another goal, but they went into the half-time break with the score reading 3-1 in their favour.

India started brightly in the second half, as Bobby Singh Dhami added a fourth, further extending the advantage. The Indian Colts were in the ascendency and were dominating proceedings.

Right after, Japan earned a fifth penalty corner, but a bad trap allowed the Indian defense to pounce and clear their lines. Japan did step it up in the final minutes of the quarter, but India kept them out, maintaining the three-goal lead and playing most of the game in their opposition’s half.

In need of a quick goal in the final phase of play, Japan went on the attack from the start, but India dug deep and controlled the situation well.

Having dealt with the initial flurry of attacks, India stepped up the ante and Amandeep Lakra converted a penalty corner.

India will take on Australia in their fourth game of the tournament.