Home Sport "If India Pakistan Face Off Again In The Final...": Ravi Shastri's Got...
Sport

“If India Pakistan Face Off Again In The Final…”: Ravi Shastri’s Got “Neat Touch Of Deja-vu” | Cricket News 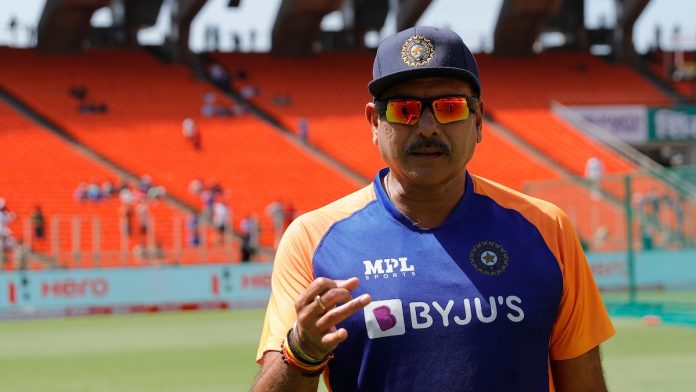 India could not have expected a better start to the 2022 T20 World Cup than with the four-wicket win against Pakistan. There was drama all along and some tense moments but ultimately Virat Kohli rose above all with a memorable 82* to take India home. After Pakistan gave India a 160-run target, India got off to a poor start losing four wickets in the first seven overs. Then Virat Kohli (82*) and Hardik Pandya (40) stitched a 113-run stand to give India a chance. Still the Rohit Sharma-led team needed 16 runs off the final over bowled by Mohammad Nawaz.

A lot happened in that one over – two wickets fell, two extras were conceded, Virat Kohli got bowled off a free hit but then got three byes and Ravichandran Ashwin finished the game with a cool single.

“Perhaps, it’s best to start with a feeling that I didn’t have when I was watching the greatest T20 knock by Virat: I wasn’t surprised. I was waiting for this to happen. I knew this would happen in Australia. Just check his record here – the pitches suit him plus he loves playing on these grounds and in front of the fans here. ,” former India coach Ravi Shastri said in an interview to Indian Express,

He added that he has a sense about the potential finalists of the tournament.

“There is also a neat touch of deja-vu. In 1985, at the World Championship of Cricket tournament, our first game was against Pakistan at the MCG in Melbourne. We won. We would beat them again in the final at the Big G . Now, if India Pakistan face off again in the final, wouldn’t it be great? Is there an Audi going around in this tournament?” he added.

India next face Netherlands on Thursday. On the same day, Pakistan face Zimbabwe.