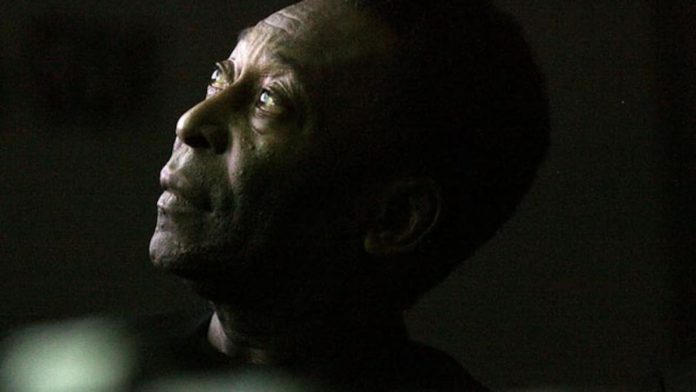 Brazilian football superstar Pele’s daughters told their fans Sunday that their father’s health was not at serious risk, saying they are confident he will return home when he recovers from a respiratory infection. The 82-year-old has been hospitalized in Sao Paulo since Tuesday amid ongoing treatments for colon cancer, which was first diagnosed in September 2021. Pele “is sick, he is elderly, but at this point he is hospitalized for a lung infection, Kelly Arantes Nascimento told the TV channel Globo.

“And when he gets better, he’ll come home,” she said.

“We are not saying goodbye to the hospital,” she insisted, explaining that the respiratory illness was the result of a Covid-19 infection the sporting icon had contracted three weeks ago.

Her sister, Flavia Arantes Nascimento, denied reports from the daily Folha de S.Paulo and ESPN Brazil that Pele was no longer responding to chemotherapy and was now receiving only “palliative care.”

She told the news channel that her father was not in the intensive care unit, but a regular ward, and that the family was “tired of receiving condolences” and that the cancer treatment is “delivering results.”

“It’s really unfair that they’re saying he’s at the terminal stage. It’s not that, believe us,” she said.

Earlier Sunday, fans of Pele — born Edson Arantes do Nascimento — congregated outside the Sao Paulo hospital where the three-time world champion is staying.

More than 100 devotees prayed for the recovery of the man widely regarded as the greatest footballer of all time.

“We are a spiritual force” praying for the sporting idol as he wages “one of the toughest battles of his life,” one fan, Marcos Bispo dos Santos, told AFP.

Pele “has had a good response to care without any worsening in the clinical picture in the last 24 hours,” they said in a statement.

The star later struck an optimistic note in an Instagram post, saying, “My friends, I want to keep everyone calm and positive. I’m strong, with a lot of hope and I follow my treatment as usual.”

On Sunday, his fans stood mostly in silence outside the clinic in the Morumbi neighborhood of western Sao Paulo, holding a banner bearing an image of a youthful Pele and marked “Torcida Joven” (“Young Fans”).

“Long live the king!” said several posters pasted on walls near entrances to the hospital.

Around noon, the fans formed a circle and held hands as they recited an “Our Father.”