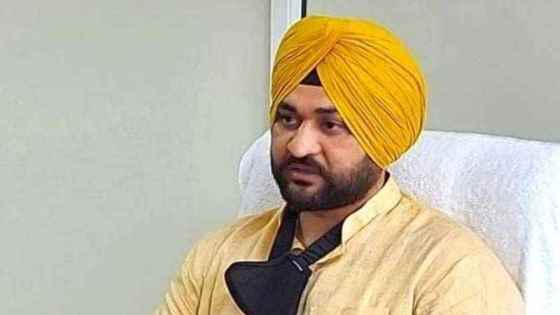 The development came a day after the Chandigarh Police registered a case against Singh on the complaint of a woman junior athletics coach from Haryana state. Former Indian hockey team captain Sandeep Singh (36 years) has also been accused of hostage-taking.

A committee was constituted by the Haryana Director General of Police on Saturday after the Haryana minister lodged a complaint against the coach. The minister had claimed in the complaint that the coach had tarnished his image. Singh said that until the committee gives its report, he is handing over his sports department to Chief Minister Manohar Lal Khattar on the basis of morality. The minister rejected the allegations leveled by the coach while demanding an independent inquiry into the matter.

Before leaving the Haryana Minister’s department, the Chandigarh Police informed on Sunday that on the complaint of a female coach, a case has been registered against the Sports Minister on charges of sexual harassment and hostage taking. An FIR was registered on Saturday against the Bharatiya Janata Party (BJP) leader, who was the former captain of the Indian hockey team, police said.

A spokesperson of the Haryana Police said that based on the complaint of a lady coach from Haryana, an FIR has been registered against the minister under sections 354, 354A, 354B, 342, 506 of the Indian Penal Code on 31.12.2022 at Sector 26 Police Station, Chandigarh. has been done. The investigation is on.

A junior athletics coach from Haryana state had accused the minister of sexual harassment on Thursday and lodged a police complaint a day later. The woman had told reporters on Friday that she has given a complaint to the SSP (Senior Superintendent of Police) madam here. I hope that justice will be done and Chandigarh police will investigate my complaint. She had alleged that Sandeep Singh first saw her at a gym and then contacted her on Instagram.

Koch claimed that Sandeep Singh, MLA from Pehowa in Kurukshetra, kept insisting on meeting him. He messaged me on Instagram and said that my National Sports Certificate is pending and wanted to meet in this regard.

The woman said that unfortunately, the federation has lost my certificate and I am in touch with the authorities in this regard. According to the woman’s complaint, when she went to Sandeep Singh’s house with some documents, he molested her. The woman said that he … took me to a cabin in his house … put my documents on a table and put his hand on my leg.