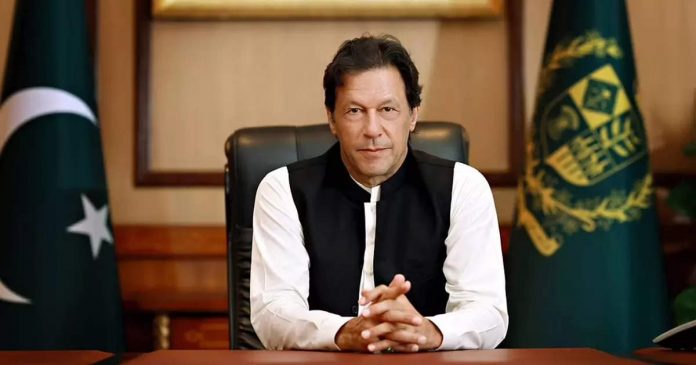 Islamabad: Pakistan Election Commission disqualifies Imran Khan in Toshakhana case. He is accused of stealing gifts from foreign countries and selling them in the market. The Election Commission said in its decision that a criminal case can also be started against Imran Khan. In such a situation, there is a apprehension that if the guilt is proved, then Imran Khan will have to go to jail. At the same time, Imran Khan’s party Pakistan Tehreek-e-Insaf has announced that it will challenge the issue in the Supreme Court. Senior party leaders termed the decision of the Election Commission as politically motivated and said that they would go among the people against the government. On the decision of the Election Commission, ruling PML-N leader Maryam Nawaz has said that Imran Khan has now proved to be a certified thief. A day earlier, the Pakistani Supreme Court had refused to ban Imran Khan’s freedom march. In such a situation, it is necessary to know what were those gifts, which Imran Khan and his wife Bushra Bibi had taken for personal use instead of being deposited in Toshakhana.

Naya Pakistan’s slogan and corruption done!
Imran Khan came to power in Pakistan with the slogan of Naya Pakistan. Throughout his political career, he raised a rhetoric of corruption against Sharif and the Zardari family. Even after snatching the Prime Minister’s chair, he had called Shahbaz Sharif and Asif Ali Zardari thieves, boot polishers. Now the election has also proved that Imran Khan misappropriated gifts during his tenure. Whenever the Imran Khan government was asked questions about the gifts received by him from abroad, the court refused to give information by linking it to national security. Pakistani Prime Minister Shahbaz Sharif had also claimed that Imran Khan had committed tremendous corruption during his tenure. He had said soon after becoming the Prime Minister that Imran Khan as Prime Minister earned money by selling gifts received from abroad.

Imran grabbed a gift of 14.2 crores for only 4 crores
According to reports, former Prime Minister of Pakistan Imran Khan and his wife Bushra Bibi had snatched 112 gifts worth Rs 14.2 crore from the treasury (Toshakhana) of the Government of Pakistan by paying just Rs 4 crore. In this, Imran Khan received seven Rolex watches from different countries of the world, other expensive watches, gold and diamond jewelry, expensive pens, gold cuff links, rings, dinner sets worth lakhs of rupees and many gifts including perfume . Imran Khan had kept these gifts with himself instead of depositing them in the government Toshakhana. The most expensive gift in this was a golden Rolex watch. The Government of Pakistan had estimated its value at Rs 8 crore 50 lakh. This watch was given to Imran Khan by Saudi Crown Prince Mohammed bin Salman Al Saud on 18 September 2018. Imran Khan deposited only Rs 1 crore 70 lakh in Pakistani Toshakhan to take this watch. It is the most expensive foreign gift ever given to a Pakistani head of state. Apart from this, it is also the most expensive gift a Prime Minister can use for himself.

Imran Khan also disappeared gold AK-47
The Saudi Crown Prince also gifted Imran Khan a gold-plated Kalashnikov (AK-47). This AK-47 was given to Imran Khan by Prince Fahd bin Sultan bin Abdul Aziz Al Saud of Saudi Arabia who visited Pakistan in January 2019. Nothing could be found about this rifle. According to the records of the Pakistani government, there is no entry of this rifle in Toshakhana. In such a situation, this rifle worth crores of rupees was kept by Imran Khan for his personal use. Many pictures of this rifle have also become viral on social media. In March 2022, it was reported that Imran Khan had hidden the information about these gifts from the tax officials while he was the Prime Minister. Imran Khan had made public in the tax return of 2020-21 after hiding the information of gold watch received from Saudi for three years.

Some major gifts received by Imran Khan and Bushra

What are the rules on foreign gifts in Pakistan
In Pakistan, no head of state, politician or official in public office can keep gifts worth more than Rs 10,000 with him. According to the Government Gift Depository Rules of Pakistan, it is mandatory to deposit foreign gifts in the Government Toshakhana. From there the gifts are put up in an open auction. Till then that gift remains the property of the country. If a leader has to keep gifts worth more than 10000, then there is a rule to deposit the estimated value in Toshakhana. Taking advantage of these rules, Imran Khan had kept the gifts of high value by paying less money.