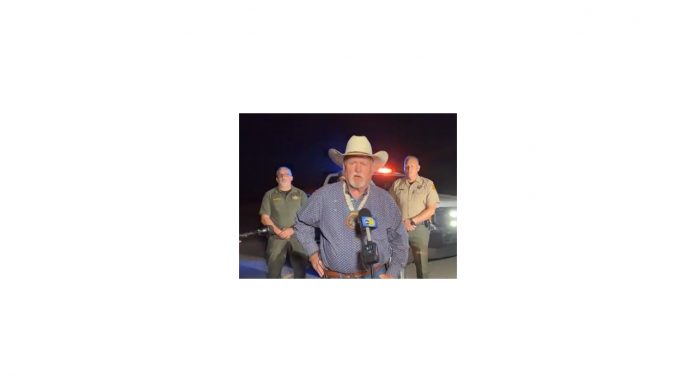 An eight-month-old Indian-origin girl kidnapped in California, her parents and a relative have been found murdered. Merced County Sheriff Vernon Warnke said their bodies were found on a farm Wednesday. “The person who has committed this crime will get a place in hell,” he told a press conference. He said he expected the culprit to be given death penalty. He said that a suspect has been arrested in this case.

Baby girl Aarohi Dheri, her parents, 27-year-old Jasleen Kaur and 36-year-old Jasdeep Singh, and relative Amandeep Singh, 49, were abducted on Monday in Merced, San Francisco. Warneke said the workers found the bodies near each other in the field, after which he informed the authorities.

Earlier in the morning at a news conference, Warneke denied that the kidnapping was a hate crime. He said money can be a motive.

The arrested suspect, Jesus Manuel Delgado, was convicted of burglary at gunpoint in 2005 and was out on parole in 2015. He said that his past record indicates that this heinous crime has been committed for money.

Warneke said Delgado told his family that he was involved in the kidnapping and they reported it to the authorities. Before officers could reach him, he attempted suicide. After which he was taken to the hospital.

He said officials are waiting for medical clearance to speak to him.

Warneke said he became emotional at a news conference over the girl’s death. He said, the criminal destroyed an entire family.

He said that in the street of the area where the body was found, a laborer got a phone call from a family member. The family’s bank card was used at the ATM and they are trying to get a clear picture of the person withdrawing.

A CCTV video of the kidnapping was shown in the morning news conference.

Jasdeep Singh and Amandeep Singh were first taken at gunpoint. Minutes later the suspect came back and forcibly made Jasleen Kaur and her baby girl sit in the vehicle. Later the truck was found burning, after which the kidnapping came to light.

Disclaimer: This is a news published directly from IANS News Feed. With this, the News Nation team has not done any editing of any kind. In such a situation, any responsibility regarding the related news will be of the news agency itself.