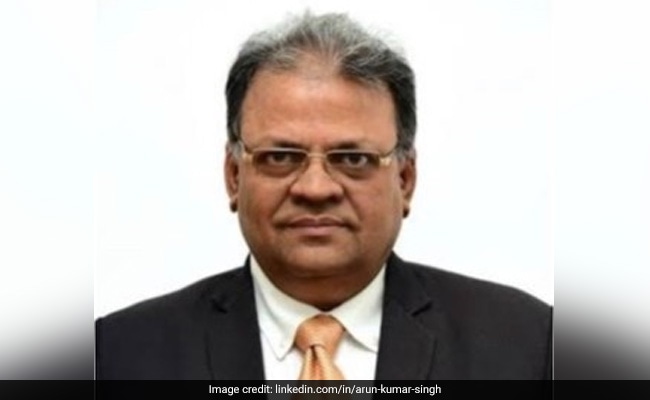 Arun Kumar Singh has headed business units and organizations like Retail and LPG in BPCL.

Arun Kumar Singh, former chairman of oil refining and marketing company BPCL, was today appointed as the CMD of ONGC – the first instance of a retired person being appointed as the head of a Maharatna PSU.

“The Appointments Committee of the Cabinet (ACC) has approved the proposal of the Ministry of Petroleum and Natural Gas for the appointment of Arun Kumar Singh, former CMD, BPCL as Chairman, ONGC for a tenure of three years from the date of his appointment as the in-charge of the post. ,” said an official order.

A mechanical engineer from the National Institute of Technology, Patna, Arun Kumar Singh was the Director (Marketing) of Bharat Petroleum Corporation Limited (BPCL) from October 2018 to September 2021, following which he was promoted as the company’s Chairman and Managing Director.

A search-cum-selection committee constituted by the oil ministry focused on Arun Kumar Singh after interviewing six candidates on 27 August.

Arun Kumar Singh was already selected as the chief of the Petroleum and Natural Gas Regulatory Board (PNGRB) ahead of the August 27 interview.

In his nearly 38 years of experience in the Oil & Gas industry, he has led business units and organizations such as Retail, LPG, Pipeline and Supply Chain Optimization in BPCL.

As per information available on BPCL’s website, he has also held the position of President (Africa and Australia) at Bharat Petro Resources Limited, a wholly owned subsidiary of BPCL, which is largely engaged in overseas oil and gas exploration.

ONGC is without a regular CMD from April 2021 and the senior-most director on the board has been assigned additional charge. Since then, the firm has seen a record three interim chiefs.

Arun Kumar Singh became eligible for the job after the oil ministry relaxed the age-related norms.

According to the ministry’s office memorandum sent to the Department of Personnel and Training (DoPT), the ministry changed it to say that the age of any candidate should not be more than 60 years on the date of vacancy. June 17th. The vacancy originated on March 31, 2021.

This is the first instance of a retired person being appointed as the chairman of a Maharatna company.

Sources said none of the existing directors or acting chairmen of ONGC, who became eligible for the job after the ministry relaxed the eligibility criteria, were considered fit for the post.