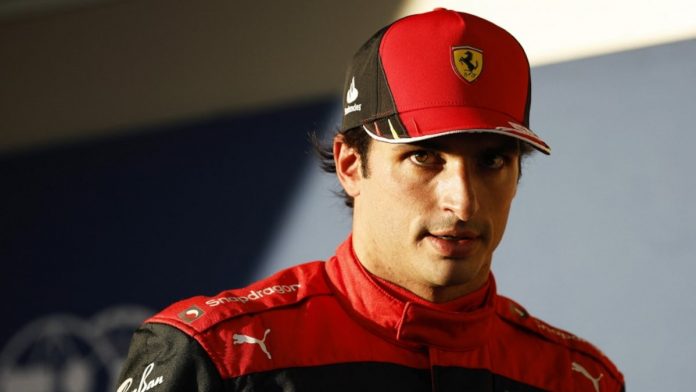 With Leclerc taking a grid penalty, Dutchman Verstappen will start second on Sunday alongside Sainz on the front row as he bids for a record-equalling 13th win of the season to help Red Bull clinch their fifth constructors’ title.

“I knew it was coming boys, I knew it,” said Sainz after taking his third pole of the season.

“It was a lot of fun, very tricky with the gusts of wind, but I managed to put together a good lap without mistakes. This pole was a long time coming in the dry – Red Bull is still favorite as they have more race pace , he added.

The Red Bull team had been informed of Mateschitz’s death before qualifying and Verstappen said it had been a difficult day.

“It’s been hard news for everyone — for Red Bull and for the sport and for me — in general, in my career and in my life. It is a very tough day. We missed out in qualifying by a little bit, but there is a race tomorrow and we’ll try to do it for him,” he said.

– ‘Great sadness’ –
The session began in a sombre atmosphere with tributes from Formula One, Ferrari, Mercedes and many others preceding the action in front of a sell-out crowd at the Circuit of the Americas where more than 400,000 fans were expected across this weekend.

“It is with great sadness that we have learned of the passing of one of the greatest and most visionary entrepreneurs in the world,” said fellow-Austrian Toto Wolff, team boss at Mercedes.

After Mick Schumacher, fighting for his future, went briefly top for the American-owned Haas team, normal service resumed with Verstappen, Leclerc and then Sainz taking control in the warm late afternoon Texan sunshine.

In a closely-fought tussle, Schumacher spun at turn one and joined Haas team-mate Kevin Magnussen, a disappointed Daniel Ricciardo of McLaren and Esteban Ocon of Alpine, and Latifi, in taking an early exit.

Another late flurry of drama saw Zhou Guanyu best lap in his Alfa Romeo discarded, for exceeding track limits, promoting Norris to 10th and a place in the top ten shootout.

Out with the Chinese went Albon, Aston Martin’s four-time champion Sebastian Vettel, who started his career as a Red Bull protégé with Toro Rosso, Pierre Gasly of Alpha Tauri, the modern Red Bull reserve team, and his team-mate Yuki Tsunoda.

Nine of the top ten runners were swiftly back out, only Stroll delaying his entry on a final set of softs, but all knowing that Leclerc faced a 10-place grid penalty for taking a new engine while both Perez and Alonso were set for five- place drops for taking power unit components.

This invited rival teams to consider their strategy carefully as Leclerc and Sainz went first and second ahead of Hamilton, with Verstappen fourth, on their opening runs to set up a tense finale.

Share
Facebook
Twitter
Pinterest
WhatsApp
Telegram
Previous articleAfter Mao Zedong, Xi Jinping became the most powerful leader of China, the story of both is such
Next articleReliance lead gainer amid overall positive trend in equities