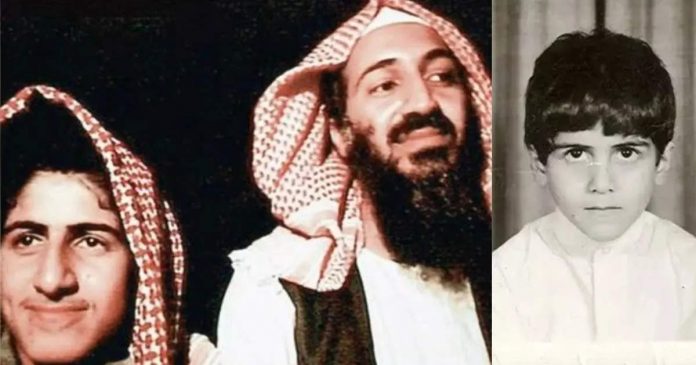 Doha: Several years have passed since the death of Al Qaeda leader Osama bin Laden in the American attack. Omar bin Laden, son of Osama bin Laden, has revealed many secrets about his father. Umar, who spent his childhood in the infamous Tora Bora hills of Afghanistan, has revealed that Osama wanted to make him a terrorist too. Osama had also taught Omar how to operate an AK-47 rifle. Umar also said that his father was very cruel and had attacked my dog ​​with a chemical weapon.

According to the report of the British newspaper Sun, at one time Osama bin Laden wanted to make Omar his successor. Omar bin Laden told in an interview that his father Osama had taught him how to operate an AK-47 rifle in a training camp built in the hills of Tora Bora. Umar told that my father had done chemical experiment on pet dog which was very cruel. He said, ‘Father Osam did this experiment on my dog ​​and I was not happy with it.’

‘Both love and hate for Osama’

Umar said, ‘I am trying to forget that bad time as much as possible now. It is very difficult. You cause trouble all the time.’ Umar is now 41 years old and works in painting. He says, ‘After living in Afghanistan for 5 years my favorite subject is mountains. They make me feel secure.’ Umar is married to 67 year old Jaina. Jaina says, ‘Umar both loves and hates Osama at the same time. He loves Osama because he was a father but hates him because of the hatred he did.’

Omar had left Afghanistan in the year 2001. Just five months later, Al Qaeda terrorists crashed a passenger plane into New York’s Twin Towers, killing 3,000 people. Recalling the last meeting with his father, Umar says, ‘I said goodbye and he said goodbye. My father was not happy that I was leaving Afghanistan. After this there was no conversation between the two. Omar was in Qatar on 2 May 2011 when he received the news of the death of Osama bin Laden. Osama was killed in an attack by US Navy SEALs who were then hiding in Pakistan.

‘My father’s body was taken to America’

America buried the body of Osama bin Laden at sea. Omar says that it would have been better if America had buried his father on the ground, at least it would have known where his body was. He said that America did not even give me this opportunity. I don’t even know what they did to my father. I understand they took my father’s body to America for people to see. Omar bin Laden was the fourth youngest son of Osama. Omar was born in Saudi Arabia and his mother’s name is Najwa.