Home Business Economic reforms have no meaning when we don't have the economy: Sri...
Business

Economic reforms have no meaning when we don’t have the economy: Sri Lankan President 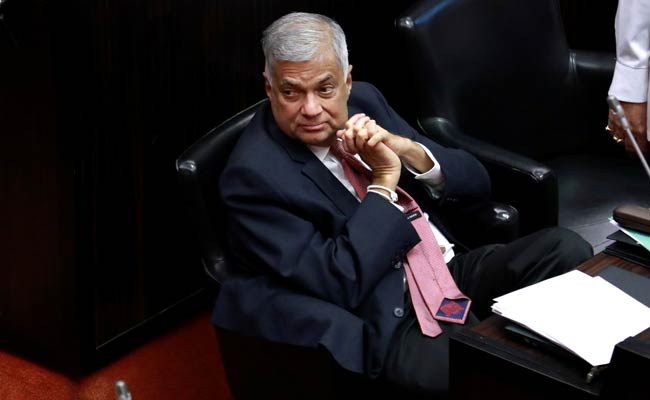 Ranil Wickremesinghe said, “What we want to do is to build a new economy.”

President Ranil Wickremesinghe has admitted economic reforms in Sri Lanka did not make sense as the cash-strapped island nation floundered, as he made a strong pitch for a new economic model.

Sri Lanka is going through its worst economic crisis since its independence in 1948, due to a severe shortage of foreign exchange reserves.

In mid-April, Sri Lanka announced its international debt default due to the foreign exchange crisis.

As Sri Lanka’s economy spiraled into a perpetual tailspin in recent times, Ranil Wickremesinghe acknowledged that economic reforms were not an antidote to the current malaise.

The Daily Lanka Mirror newspaper quoted Ranil Wickremesinghe as saying, “What’s the plan for reform? Frankly speaking, I don’t have a plan for it. What reforms are there when we don’t have the economy.”

“What we want to do is build a new economy,” he explained.

The report quoted him as saying that the current economy is not fit for reform as it is so fragile that it will collapse again.

Ranil Wickremesinghe said, “Our trade balance is not in our favor. So are we going to rebuild the same structure and come down again very sharply? So I thought it is not worth reforming.”

Ranil Wickremesinghe said that strengthening foreign exchange reserves would be a major reform target for our government, adding that the need of the hour was also to develop Sri Lanka as a logistics hub.

Colombo is seeking to secure the release of a $2.9 billion rescue package from the International Monetary Fund (IMF), which was announced in September.

For this to happen, Sri Lanka will have to restructure its debt.

Ranil Wickremesinghe said, “Now we are in discussion with India with our creditors, bilateral creditors and we had very successful talks and we have started talks with China.” He said the development of the Western Terminal of Colombo Harbor with India’s Adani Group was a pragmatic step.

“If you want to go you have to give out the East Terminal. We have given first choice to Japan, if they don’t we will ask others to come.”

In May the Sri Lankan government appointed international legal and debt advisers to restructure the debt after the country declared international debt default for the first time in history.

Sri Lanka is nearly bankrupt and has suspended repayment of its $51 billion foreign debt, of which it has to repay $28 billion by 2027.

Sri Lanka, a country of 22 million people, plunged into financial and political turmoil earlier this year as it faced a shortage of foreign currencies.

Due to this, the island nation has been unable to afford key imports including fuel, fertilizers and medicines, which has led to long queues.

Share
Facebook
Twitter
Pinterest
WhatsApp
Telegram
Previous articleGreat opportunity to get a government job in UP! Recruitment will be done soon in this department, salary will be in lakhs
Next articleTax on windfall profits made by oil companies to be phased out in 2023: Fitch Ratings