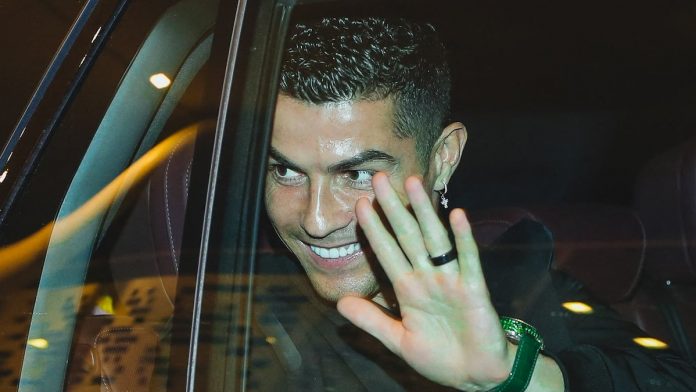 One of the greatest footballers of all time, Cristiano Ronaldo is set to begin a unique adventure in the Middle East, having signed for Saudi Arabian club Al-Nassr in a potential USD 200 million deal. While Ronaldo has already landed in Saudi Arabia and will be presented as an Al-Nassr player on Tuesday, the club’s coach Rudi Garcia’s cheeky Lionel Messi remark is going viral. Before Ronaldo’s move to Al-Nassr became official, Garcia was asked about the transfer in a press conference and his response left the entire media room in splits.

“First I wanted to bring Messi from Doha,” the coach joked before Ronaldo’s transfer to the Saudi Arabian club had become official.

Al Nassr coach, Rudi Garcia, asked about Ronaldo before the official announcement: “I wanted to bring Messi from Doha.”

Ronaldo and Messi have been two of the greatest rivals the sport has ever seen. Having pushed each other to achieve unprecedented heights in European football, they are now going their separate ways.

While Messi is still one of the best players in the world, having recently lifted the FIFA World Cup title with Argentina, Ronaldo’s sporting career is on a decline, with the move to Saudi Arabia.

Former England and Liverpool defender Jamie Carragher also took a swipe at Ronaldo’s situation, highlighting the stark dissimilarities between his career and Messi’s.

“In some ways, it’s a sad end for him. You have two of the greatest players in Messi and Ronaldo, and Ronaldo has finished his career during an interview with Piers Morgan and Messi has won the World Cup. It’s not the best way to go out,” Carragher had said.

Ronaldo is scheduled to be presented as an Al-Nassr player in a grand gathering on Tuesday. As far as his first match for the club is concerned, there isn’t much clarity. Al-Nassr are scheduled to play their next game on January 05 but the fixture might come too soon for Ronaldo to feature in the starting XI. A spot on the bench, however, can’t be ruled out.