Home International China is buying land near the military bases of America and Japan,...
International

China is buying land near the military bases of America and Japan, Jinping’s intentions are dangerous 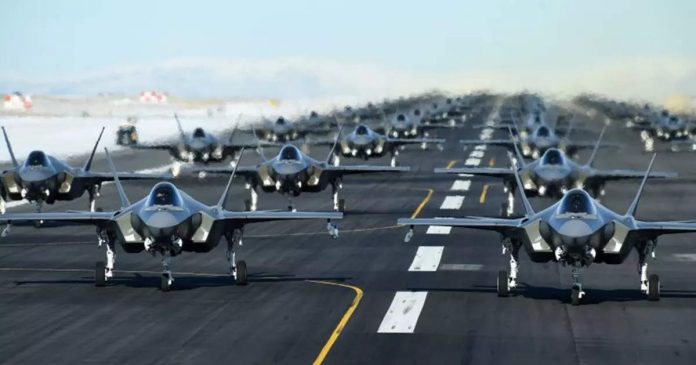 Tokyo: Chinese companies are buying land near military bases in the US and Japan. After this revelation, more than 130 US lawmakers have sent a letter to the Biden administration, warning. In a letter to the Accountability Office, lawmakers have also requested a study on the security implications of foreign investment in US farms. James Comer, a ranking Republican member of the US House Committee on Oversight and Reform, said China’s ownership of US farms is a threat to our food security and national security. He said lawmakers have asked the Accountability Office to report on the scope of the threat to America’s food supply and to inform Congress of ways to care for the safety of the American people.

China buys land near US drone testing site
Chinese agriculture company Fufeng Group has purchased 370 acres (150 ha) of land in Grand Forks, North Dakota. This ground is about 20 kilometers from the US Air Force base. Some of America’s most advanced drones are stationed at Grand Forks Air Force Base. At the same time, Fufeng Group says that the land is for a maize milling facility that will produce high-quality amino acids, lysine and threonine, used in animal feed. The company has stated in its website that most of these products will be sold in North America. However, General Atomics Aeronautical Systems, which is developing the unmanned aircraft system at this airport, has issued a statement opposing Chinese investment and called on the US government to stop the project.

General Atomics appeals to the US government for action
General Atomics Aeronautical Systems spokesman Mark Brinkley said Chinese businesses are linked to the Chinese government. We cannot allow a Chinese company to exist on such a large scale and within the confines of Grand Forks Air Force Base. The presence of this company cannot ignore the opportunity of sophisticated military espionage. Given the critical national airspace and sensitive military operations in and around this airbase, the US administration should be concerned. This project to build the sugar company’s maize processing plant is currently on hold. The National Security Review is being done by the Committee on Foreign Investment in America regarding this project. The work of the factory can proceed only after the approval of the committee.

Land also purchased near Japanese Airforce Radar Station
Similar concerns have been raised in Japan. In January, Sane Takaichi, the policy chief of the ruling Liberal Democratic Party, told a parliamentary session that a company with close ties to Chinese money had bought a piece of land in Hokkaido, about 35 km from the Japanese Air Self-Defense Force radar site. Is. During the session of the budget committee in Parliament, he had asked whether this is not an issue of national security. The land is located in a former golf course and in the valley of Mount Daisetsu close to the center of the island. This land was bought by two companies registered in the British Virgin Islands known as Tax Haven. According to the Japanese Forest Agency, foreign acquisitions of forests had expanded to 2,614 hectares by December 2021. It has registered a 4.7-fold increase since the start of the survey in 2010.

Share
Facebook
Twitter
Pinterest
WhatsApp
Telegram
Previous articleJinping’s punishment whipped in the name of discipline against more than 7 lakh officials
Next articleIf there is an accident due to a bad road, the officials will be responsible, what is the government’s plan!