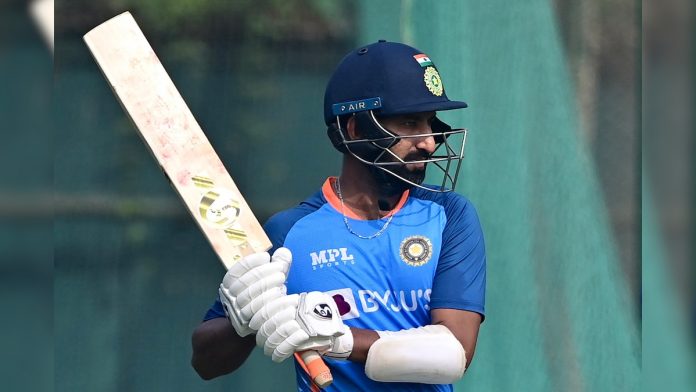 Indian cricket team batsman Cheteshwar Pujara picked Australian cricketer Pat Cummins as the toughest bowler he has faced. The 34-year-old was all praise for Cummins but added that he is the most dangerous while playing on Australian pitches. The two cricketers will face each other in February 2023 when Australia travel to India for a four-match Test series. Pujara was also asked about a bowler from the past whom he would like to face, and his answer was Australian legend Glenn McGrath.

“I would go with Pat Cummins. In Australia,” Pujara said in an interview with ESPN Cricinfo.

Pujara, who is currently playing the Indian domestic circuit with Saurashtra, also picked West Indies legend Brian Lara as the batsman whom he would like to partner with in a dream scenario. Pujara explained that although they were both in the Indian Premier League, the paths never crossed.

“I have never played any cricket with him (Lara). I was part of IPL, but I was not able to play with him”.

When asked about his most memorable innings in the longest form of the sport, Pujara took some time to contemplate before picking his impressive 92-run knock against Australia in Bengaluru in 2017.

Pujara impressed everyone with his brilliant run of form in the English county season as part of the Sussex team and the veteran batsman also scored his first Test hundred in over four years against Bangladesh. Incidentally, his last hundred came against Australia during the Border-Gavaskar Test series back in 2019.

Wrestlers’ “Not Another Day” Threat Amid #MeToo Protest