Big news for Indians from Canada, 3 lakh foreigners will get citizenship by March 2023 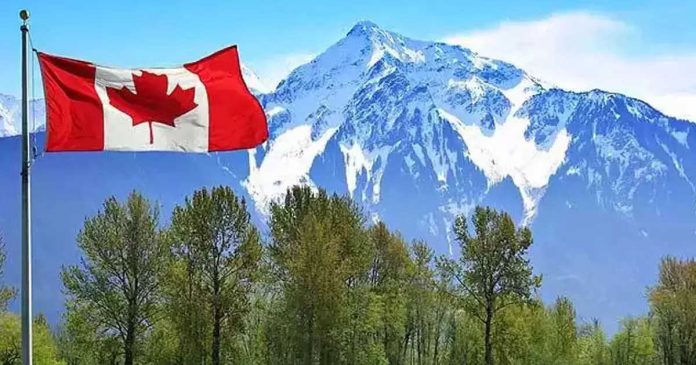 Ottawa: Canada aims to grant citizenship to 300,000 people in the 2022-2023 fiscal year, which is likely to benefit many Indians. The Immigration, Refugees and Citizenship Canada (IRCC) memo stated that 285,000 decisions and 300,000 new citizens are to be processed by March 31, 2023. Decision refers to the review of an application that is marked as approved, rejected or incomplete. The citizenship target means administering the oath of citizenship to 300,000 accepted applicants.

The IRCC said minors below the age of 18 years would be eligible to apply for citizenship online till the end of the year. This is a significant increase over the 2021-2022 fiscal year and also exceeds the pre-pandemic targets of 2019-20, in which 253,000 citizenship applications were processed. In March 2020, IRCC was unable to process most of the applications due to the onset of the COVID-19 pandemic. So far in the 2022-2023 fiscal year, Canada has welcomed 116,000 new citizens. Canada is well on its way to achieving its goal.

About 1.4 million people of Indian origin in Canada
By comparison, in the same period in 2021, the country granted citizenship to only 35,000 people. According to one statistic, Indians are the top immigrant group to reside in Canada in 2022. At the same time, according to the 2016 report of the country, there are about 1.4 million people of Indian origin in Canada. In 2021, around 100,000 Indians moved to Canada under the Temporary Foreign Workers Program and some 130,000 got work permits under the International Mobility Program. During 2021-2022, more than 210,000 permanent residents also acquired Canadian citizenship.

IRCC also issued 450,000 study permit applications. Canada has over 622,000 foreign students, of which the number of Indians is 217,410 as of December 31, 2021. Indians can be expected to move to Canada for higher level of work and studies in the coming years. IRCC is taking steps to clear the backlog of paper applications, remove the IRCC backlog and process 80 per cent of all new applications within service standards, along with increasing the number of online applications.

Share
Facebook
Twitter
Pinterest
WhatsApp
Telegram
Previous articleBuoyed by credit growth, IndusInd Bank sees higher-than-expected profits in Q2
Next articleIf you take less than five hours of sleep at night, there may be a risk of serious diseases, claims in research