Belarus: Third Country’s Entry into the Russo-Ukraine War? Putin will deploy 9000 soldiers in Belarus, the army reached the new border 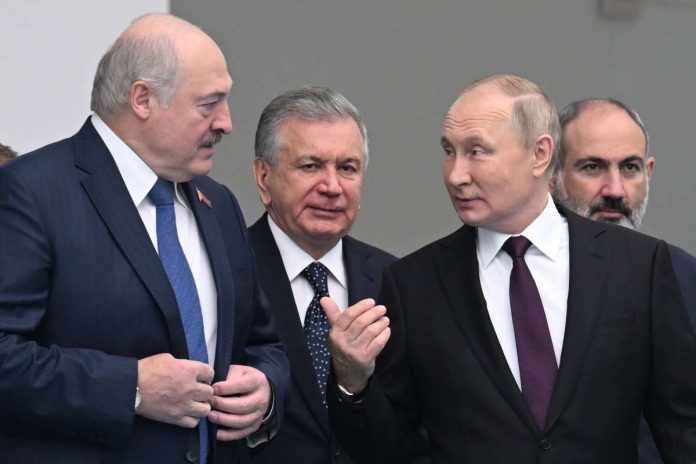 Belarus in Russia Ukraine War: Looking at the current circumstances of the ongoing war between Russia and Ukraine in Europe, it seems as if Belarus can also take part in it. About 9000 Russian soldiers will participate in Belarus to protect the seam. Troops will be deployed as a new joint force. The first batch of troops has reached Belarus and will be stationed here soon. Belarus has described it as a purely defensive measure. Due to which the fear has increased that Belarus may soon join the ongoing war against Ukraine.

Last week, Russian President Vladimir Putin and his Belarusian counterpart Alexander Lukashenko agreed to establish a regional force. Lukashenko claimed that Zelensky (Ukraine President Volodymyr Zelensky) was plotting to attack his country. Meanwhile, Zelensky has called for a mission of international observers on the Ukraine-Russia border. Earlier, Lukashenko had spoken on the war between Russia and Ukraine. Along with this, he also warned about nuclear attack. Whereas Putin has said that his country will not back down from carrying out a nuclear attack if the need arises.

In this case, Alexander Lukashenko has said that although the Russian President has no plans to use nuclear weapons. If he is isolated, he will find his way. A few days ago, Lukashenko had announced a joint test force with Russia on the western border of the country. Belarus is openly supporting Russia against Ukraine. And in doing so, he is also bypassing the warnings of the Western countries. In an interview with NBC News on Friday, Lukashenko said that if Ukraine crossed certain borders, Putin could launch his biggest attack on the Eastern European country.

The President of Belarus referred to Russia’s recent missile attacks that targeted several cities, including the Ukrainian capital, Kyiv. He said that if Russia is isolated, there could be more similar attacks.

There will be destruction not only in Ukraine

Lukashenko said Russia has the most advanced weapons and does not need nuclear weapons to win the war. He said he believed that the fear of a nuclear attack was only politically motivated, and if so, it would lead to devastation and Ukraine would not be the only victim. Russia’s occupation of Ukrainian territories, the bombing of the Crimea Bridge and the attacks on Kyiv are the events that have increased the tension in this war that has been going on for the last nearly eight months.

Nuclear attack will end the earth

Putin’s close friend Lukashenko warned that a nuclear attack would be the end of our planet. If even one country uses a nuclear weapon, it will create many reactions. Although experts believe that the President of Belarus has issued this statement only to scare. Earlier, Putin said in a statement that he did not want to destroy Ukraine. He said he was ready for talks, but Ukraine itself does not want peace.

Share
Facebook
Twitter
Pinterest
WhatsApp
Telegram
Previous articleApart from Xi Jinping, these five people in China are very powerful, whose names you have not even heard.
Next articleChina US: Xi Jinping took on America in the meeting of the National Congress, said – China opposes protectionism and separatism