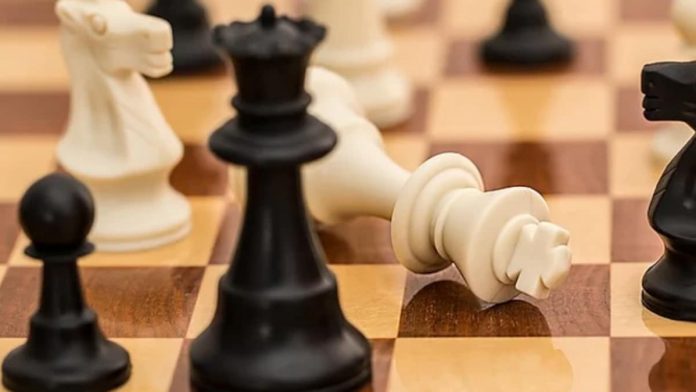 Image for representative use© AFP

India’s challenge ended at the Aimchess Rapid online chess tournament with the trio of D Gukesh, Arjun Erigaisi and Vidit Santosh Gujrathi bowing out in the quarterfinals. Gukesh, who had beaten world champion Magnus Carlsen during the preliminary phase, went down 1.5-2.5 to Richard Rapport after having taken the lead with a win in the second game of the four-game contest. The 16-year old Indian appeared to have gained the advantage when he took a 1.5-0.5 lead with a win in 32 moves in the second game after the first had ended in a stalemate.

Rapport, who is highly rated, showed his skills by winning the third game in 55 moves and then defeated his opponent in a marathon fourth game to end Gukesh’s hopes.

The Erigaisi, who too had upset Carlsen in the preliminary round, was outclassed by the world No.1 Norwegian 0.5-2.5.

After managing a draw from a near hopeless position in game one, Carlsen underlined his superiority to win the next two to advance to the last four round.

Gujrathi was outplayed by Jan-Krzystof Duda of Poland, losing 0.5-2.5 without much of a fight.

Gukesh and Erigaisi had finished second and fourth respectively in the preliminary phase.

The Aimchess Rapid tournament is part of the Meltwater Champions tour and features 16 players, including five from India.