After Biden’s statement, the memory of Dr. AQ Khan came to Pakistan, famous for theft all over the world, this thing was given to Iran and North Korea 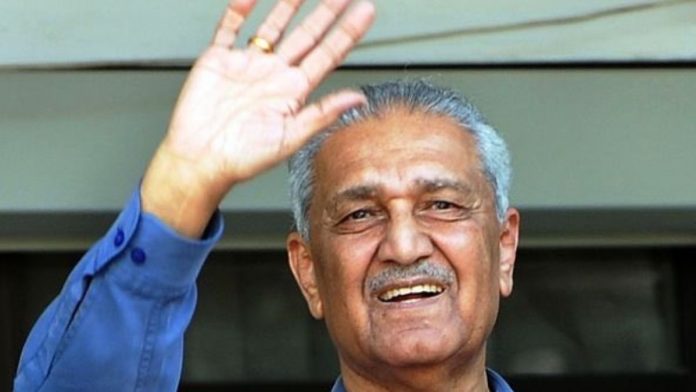 Pakistan is not digesting this statement of Biden, who gave military assistance of $ 450 million to Pakistan to upgrade F-16 fighter jets a few days ago. Both India and Pakistan conducted nuclear tests in 1998. There is also the possibility of Pakistan having a stockpile of nuclear weapons. Now let’s talk about the person, because of whom today Pakistan has nuclear weapons. The name of this person is Dr Abdul Qadir Khan. He was a scientist, due to which Pakistan has got nuclear technology. What Dr. Khan did in Rawalpindi’s Kahuta Lab changed the picture of Pakistan.

was born in MP’s Bhopal

He is also called the father of Pakistan’s nuclear program. Dr. Kadir Khan was born in 1936 in Bhopal, the capital of Madhya Pradesh, India. His family had migrated to Pakistan at the time of partition in 1947. After his early studies in Karachi, Khan graduated from Delft University of Technology in the Netherlands. With Khan’s help, Pakistan became a nuclear-rich country in 1998. The technology that Khan had acquired in the Netherlands regarding uranium, he used in Pakistan. After this, in 1976, he established the Kahuta Research Laboratory (KRL). This is the same lab from where the nuclear program is run.

Dr. Abdul Qadir Khan was successful in making nuclear weapons for his country. According to Pakistani media, he developed the process of enriching advanced uranium, which is called the gas centrifuge technique. With the help of this technology, uranium is enriched to such a level that it can be made into a nuclear weapon. In 1975, India conducted its first nuclear test. While Khan was working at a uranium enrichment center in the Netherlands, he was a German-Dutch translator here. He gave his services to the then Prime Minister of Pakistan Zulfikar Ali Bhutto.

Stolen technology from the Netherlands

Bhutto wanted Pakistan to have its own nuclear programme. At the center where Khan was working, people suspected that Khan was stealing technology to make centrifuges and other components. Khan then came to Pakistan and no action was taken against him. In 1976 he became a part of the Pakistan Atomic Energy Commission. At the same time, a court in the Netherlands convicted him of stealing nuclear technology.

America was watching the spectacle

After the nuclear test, Pakistan was being monitored. The eyes of America’s intelligence agency were on Khan. The US told then-President Pervez Musharraf after receiving intelligence inputs that Khan had sold nuclear technology to Iran, Libya and North Korea. Khan went from zero to hero. He was first arrested by Pakistani authorities but then pardoned by former President Musharraf. On the other hand, talking about Dr. Khan, he died in Islamabad last year i.e. on October 10, 2021.

Differences in the country over Khan

Pakistan’s Atomic Energy Commission has refused to accept that the country got its first nuclear weapon because of the mine. According to the commission, he was merely a metallurgical engineer and not the leader of the team that tested the atomic bomb. Although Khan was undoubtedly present at the nuclear site in Chagai at the time of that test. All the members of the commission certainly believe that it was because of Khan that Pakistan got the first blueprint of uranium enrichment.