Home International 8 former officers of the Indian Navy detained in Qatar, one has...
International

8 former officers of the Indian Navy detained in Qatar, one has received an award from the President 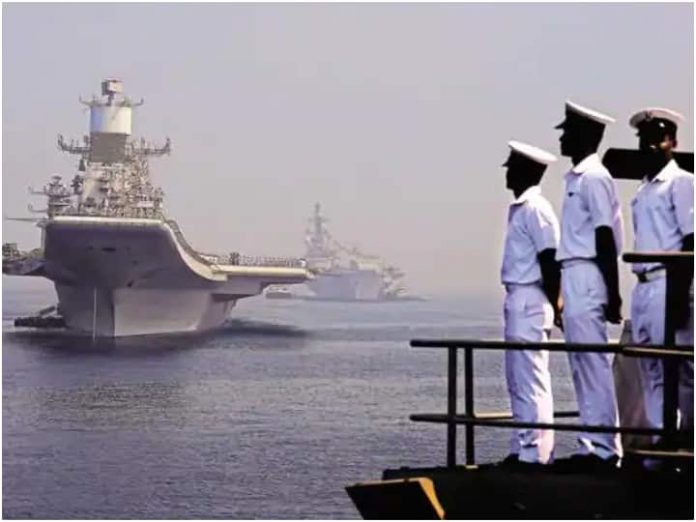 Former Navy Officers In Custody: Eight former Indian Navy officers working in Qatar with a company providing training and other services to the Qatari Emiri Navy are in custody. According to sources, the Indian Embassy in Doha is aware of the incident. This incident was exposed by a tweet by Mitu Bhargava on Tuesday (25 October). He tweeted, “All in illegal detention in Doha for 57 days.” Several ministers including Prime Minister and External Affairs Minister S Jaishankar, Defense Minister Rajnath Singh and Petroleum and Natural Gas Minister Hardeep Puri have been tagged in this post.

According to a report in The Indian Express, the former naval officer was working in a company called Dahra Global Technologies and Consultancy Services. The company describes itself as a local business partner of Qatar’s defence, security and other government agencies and core competencies in defense equipment operation and maintenance. The group’s CEO, Khamis Al Ajmi, is a retired Squadron Leader of the Royal Oman Air Force.

Eight #IndianNavy veterans who had served the motherland are in illegal custody/detention in Doha (Qatar) for 57 days as on date. Request & plead our Indian Govt to act fast & get all these distinguished officers repatriated to India without any further delays @narendramodi

Purnendu Tiwari was honored by the President

According to media reports, the firm’s managing director Commander Purnendu Tiwari (retired) is also among the eight Indians detained. He received the Pravasi Bharatiya Samman Award in 2019 from the then President of India, Ram Nath Kovind. His profile on the company’s website says that when he served in the Indian Navy, he commanded a minesweeper and a large warship.

Why is the former naval officer in custody?

As of now, there is no information as to why he has been kept in custody. According to The Indian Express, earlier this month officials from the Indian mission in Doha allowed consular visits to former Navy officers. At the same time, nothing has been said on behalf of Foreign Ministry spokesperson Arindam Bagchi in this whole matter. According to the Indian Express, when a call was made to the numbers given on the company’s website, no response was received from the front.

Indian mission has praised the company

The company has posted its impressive credentials on the website. Its work has also received praise from the Indian Mission in Doha. Ambassador Deepak Mittal has said that the company is doing great work to build the capability and capabilities of the Qatar Defense Forces. “You are a testimony to the Indian leadership’s vision of partnering with friendly countries and sharing our experiences,” he said. At the same time, the previous ambassador Periyasamy Kumaran praised the work of the company for effective display of India’s defense capabilities and said that the company created new opportunities for cooperation between the two countries.

Also read- Scary picture of war! Body of 17 Ukrainian soldiers found from grave in Kharkiv, was buried 6 months ago