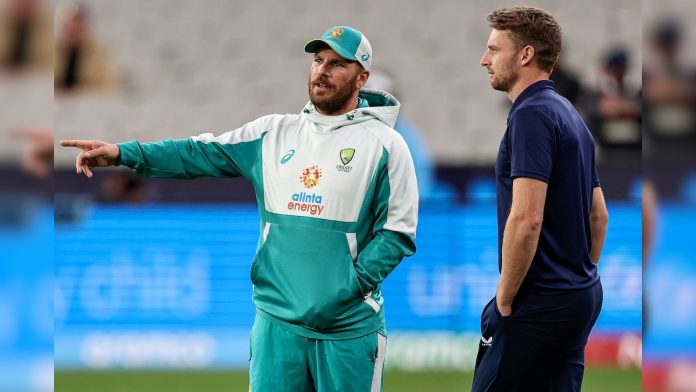 The Australia vs England T20 World Cup 2022 match in Melbourne on Friday was deemed a virtual ‘knockout’ contest for the two teams. But persistent rain at the stadium resulted in the match being abandoned without a ball being bowled. Earlier in the day, the Afghanistan vs Ireland match was also washed out due to rain. As a result, the Group 1 remains wide open for any of the 6 teams to qualify. However, the hosts Australia, are in for a tricky period because of their Net Run Rate.

As things stand, Australia have the worst net run rate of all in the Group 1, courtesy of their horrific defeat to New Zealand in the opener. In 3 matches, Australia have 1 win, 1 loss and 1 No-result.

New Zealand and England, the two favorites to go through at the moment, have a pretty healthy NRR of +4.450 and +0.239 respectively.

In terms of points, there’s barely any difference between the 6 teams. New Zealand, England, Australia and Ireland sit on 3 points each while Sri Lanka and Afghanistan have earned 2 points each so far.

Who are the favorites to qualify?

Even If Australia win their remaining two matches, they might not be able to go through to the semi-finals. The Aussies, however, will have a bigger chance of qualification if New Zealand win all of their remaining matches, especially the one against England.

For England, victories in the remaining two matches are likely to be enough for them to qualify. But, Sri Lanka does have a better NRR than England at this point in time. If Sri Lanka win 2 of their remaining three matches, they might just pip England for a spot in the semi-finals because of superior Net Run Rate.

For Ireland and Afghanistan, qualification seems a lot more tricky, both because of their remaining fixtures and NRR.